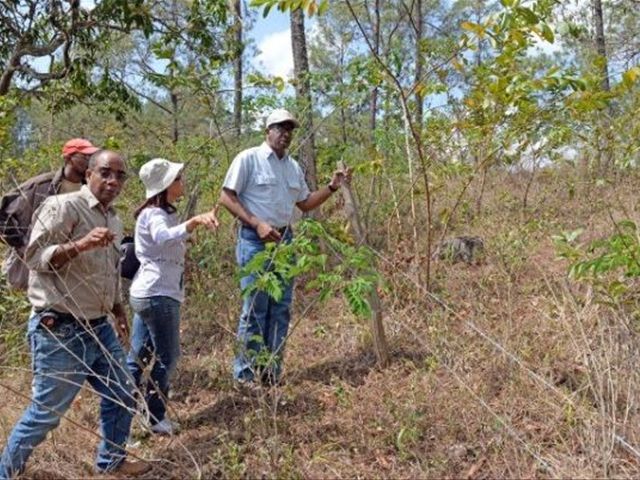 Santo Domingo.- The Environment Ministry on Sunday announced the recovery of more than 630 hectares of land of the Sabana Clara Forestry Project, ,which squatters had occupied for subsistence farming.

It said the squatters claimed being part of a landless to trespass into the site at Restauracion, Dajabón province (northwest) during Easter Week . “Such State property, located in the border area is a forest reserve which seeks to protect biodiversity and water, the most valued of all resources.”

It said Environmental Protection Service (SENPA) agents were stationed at the area to avert further squatting and stresses that Environment minister Bautista Rojas issued instruction for heightened vigilance at the property, “which is of vital importance for of the border’s ecology and stability.”

In a statement, Environment said the project’s pine trees are used in a wider forest management programs to restore areas across the country that have been or may be devastated by illegal lumbering and natural disasters. “The project began 30 years ago and is an imminently forest land. For its people respect and preservation of natural resources and forests that remain a green balance in this border area it’s of great importance.”