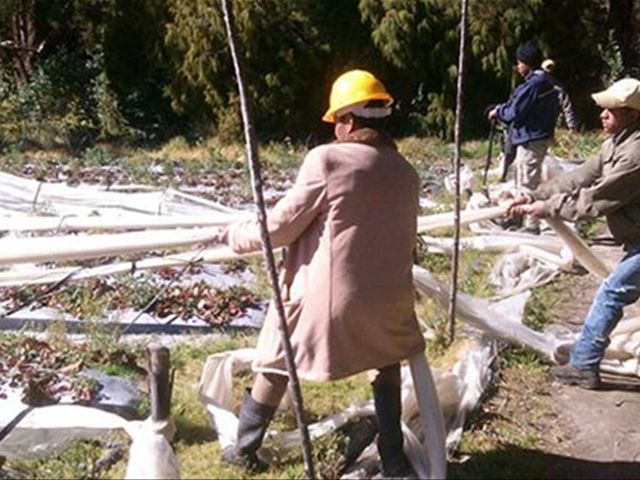 Valle Nuevo administrator Julio Cesar de losSantos said they plan to dismantle more than 2 kilometers of pipes at ElCastillo, where authorities have faced the farmers’ strongest rejection to the measures."We’re currently in the Aguas Oscuras stream disconnecting the pipes thatirrigate several properties at El Castillo."

As to the several farms who planted strawberriesand onions at Las Espinas, de los Santos said the owners will be allowed to harvestthem. "We’ll wait for them to collect their fruits and we will then go to disconnectthe pipes."

Dozens of farmers in Valle Nuevo have duringseveral weeks been demanding re-location to lands where they can continueworking with their families.

Constanza farmers’ spokesman Norberto Rosariosaid that they remain firm in their position, since the Ministry Environment authoritieshave yet to offer them something fair for them to leave the protected area.