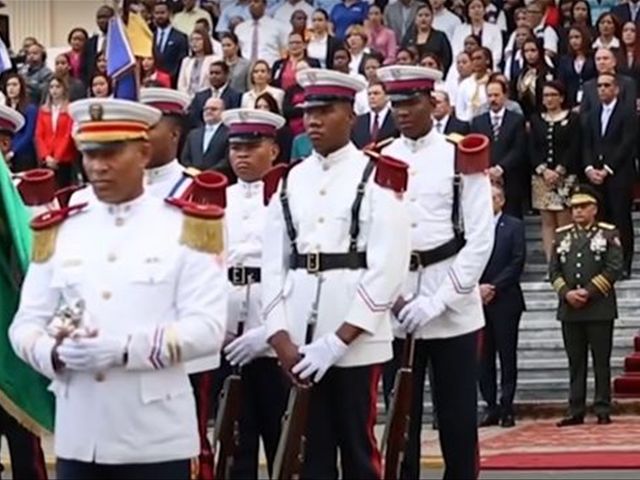 Hundreds of men and women in the country’sarmed forces paraded in Army battalions and Navy, Air Force squadrons, alongwith officers of the National Police among others, this year joined by cadetsfrom Mexico and Colombia.