Environment had better fix Samaná, ‘before it’s too late’ 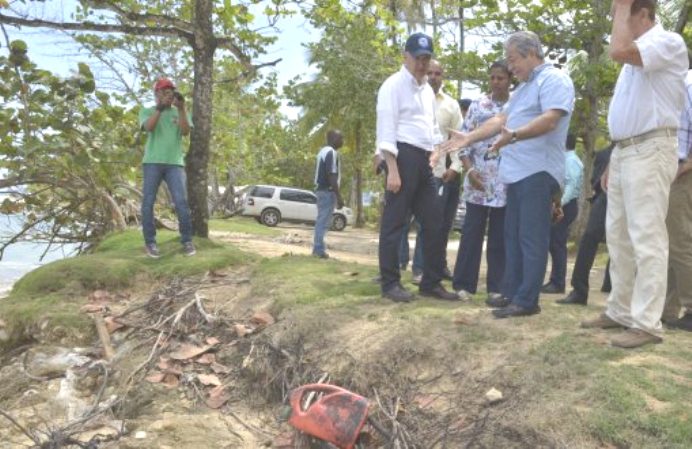 Samana, Dominican Republic – Environment minister Francisco Domínguez on Friday ordered the recovery of Samaná’s beaches and to regularize businesses near the coast, with due process and without abuses.

Speaking after a tour of various towns, also visited several protected areas, Domínguez met with authorities, business and, community leaders and other personalities.

He also visited the beaches Coson, Punta Popi and Playa Bonita, where he observe the deteriorated coastal environmental and the many businesses that encroach into the 60-meter swath of shore and have even built structures within it.

He also urged fishermen at Playa Popi to organize and create spaces to help each other work in a dignified and more comfortable for their customers.

Dominguez met with members of the Samaná Tourism Cluster who expressed their concerns and willingness to work for the province’s continued development.

They also stressed the need for immediate actions to remediate the damages “before it’s too late.”