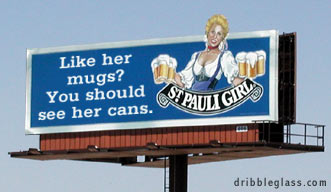 Santo Domingo. – Environment minister Francisco Dominguez said that starting yesterday, Sunday owners of billboards and obstacles placed illegally along the country’s highways have a 15-day deadline to remove them.

He warned that once the deadline expires, the authorities will start the process to rid the country’s highways of eyesores. “Billboards, signs and other means of propaganda placed without authorization, shall be considered a public nuisance and shall be removed.”

He said Environment, the Public Works Ministry and other agencies will enforce Land Transit Law 241 on which stipulates that “signs, billboards and other means of propaganda placed without authorization, or in violation of the terms of said authorization shall be considered a public hindrance and shall be removed.”

He said the norm also specifies that “the placement without the authorization, of signs, posters and other means of propaganda on highways and roads is prohibited.”

“The Land Transit Directorate shall determine the maximum dimensions of signs and other means of propaganda, the distance from the road and the traffic signals to be placed, the distance between them, as well as any other condition it deems appropriate ” the official said in s statement.