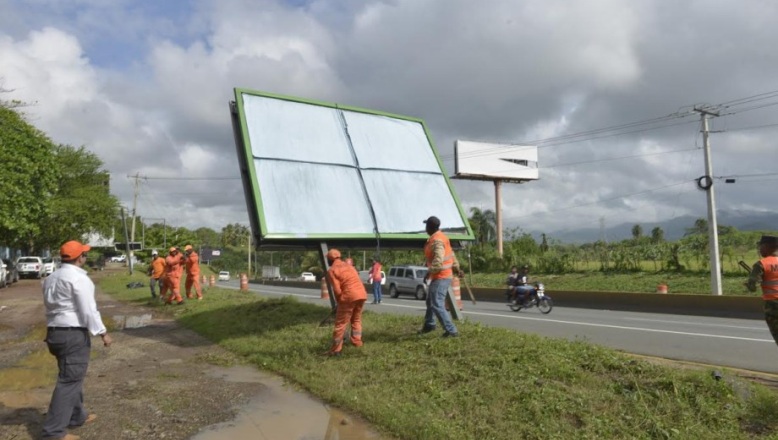 Santo Domingo.- The Environment and Public Works ministries on Wed. started to remove billboards placed illegally along the country’s roads nationwide, the first one 28 kilometers north of the capital on the Duarte highway.

Environment minister Francisco Domínguez and Public Works Military and Police Commission director Estanislao Gonell said that in addition to removing all illegal billboards, the reforestation of the zone was also begun.

“The clearing of these billboards close to the roads aims to discontinue visual pollution, make motorways a harmonic and safe place, which doesn’t generate stress to citizens an return the greenery by reforesting those zones,” Domínguez said.

Gonell said that this initiative will contribute to road safety, reduce traffic accidents and recover the splendor of the country’s highways and avenues.

They said all billboards, signs, posters, and any other irregular advertising will be removed over the next few days along the entire national road grid.