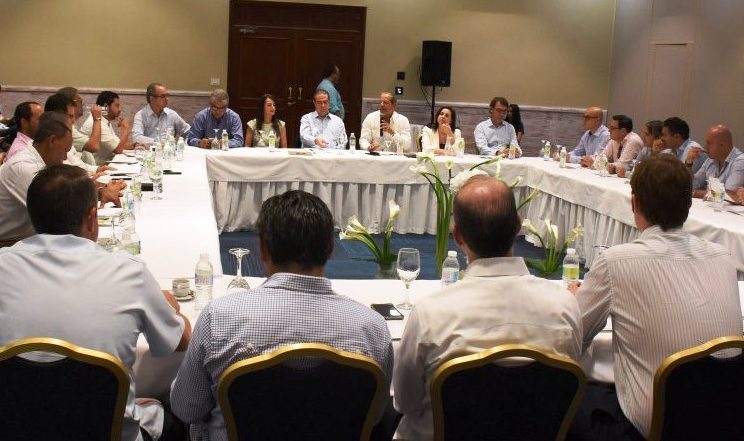 Punta Cana, Dominican Republic.-  Tourism minister Francisco Javier García on Thur. toured the Bávaro area ​​where the government plans to restore and improve the offer of the destination which hosts 65% of all tourists who visit the country.

Among the sites the official visited was Maco beach, where a study conducted found that more regulation would have to be established to guarantee the tourists’ safe enjoyment.

“What we’ll do on this beautiful beach will be spectacular for everyone’s enjoymen. It will even serve as a role model to replicate elsewhere,” García said, who also visited the area close to the Riu, Royalton, Bahía Príncipe hotels, which total some 18,000 rooms, where the access road will be widened.

the official visited the places most affected by beach erosion to continue the corrective measures.

The official was accompanied by East Region Hotels and Tourism Projects Association (Asolete) president Ernesto Veloz, and senior officers of the Dominican Navy and Tourism Police.