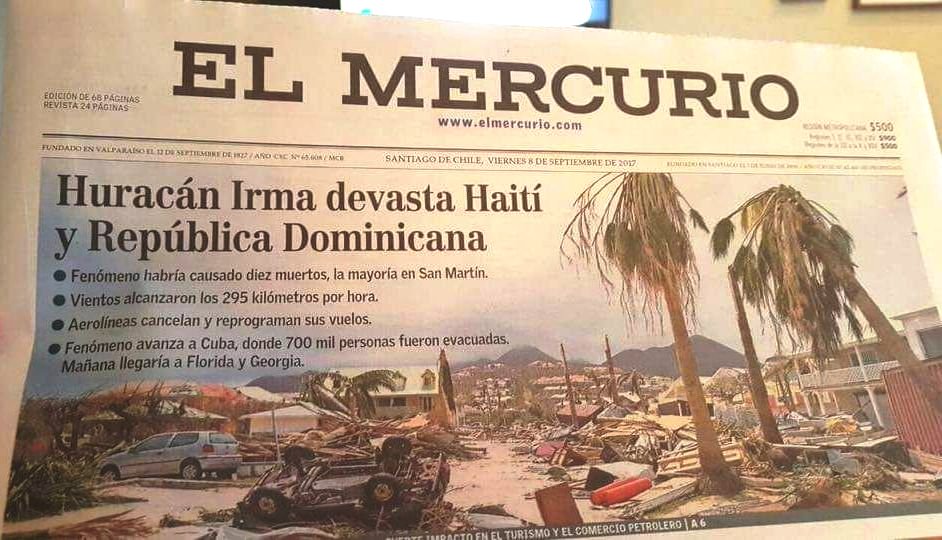 It sad Chile’s oldest outlet not only published a false report on Irma’s effects in the two countries, it also illustrated it with an image of the hurricane’s devastation on the island of Saint Maarten, “creating the impression that one thing had to do with the other.”

“With all the respect which El Mercurio and its director Cristian José Segers are entitled, it’s professional and ethically incomprehensible that this medium hasn’t published a correction to inform its readers and to remedy to some extent the damage that this publication represents for tourism of the Dominican Republic and Haiti, ” Adompretur said in a statement.

“Adompretur supports Tourism minister, Francisco Javier García’s position, and of the Dominican Republic Hotels and Tourism Association which on the same day of the false news, it published press releases about the country’s normal tourism activity and demanded that El Mercurio publish the proper correction.”