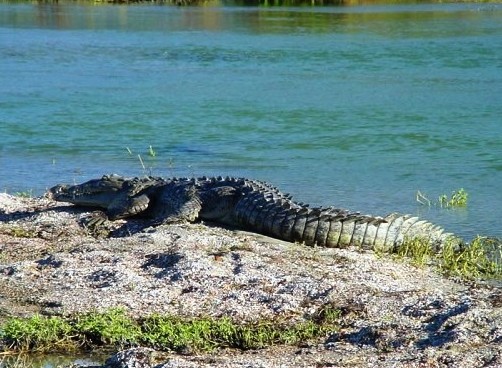 Don't step on it.

Santo Domingo.-As something inexplicable, tourism in the southern region is marching at a turtle’s despite its charms to become the country’s main tourist destination, acento.com.do reports.

President Danilo Medina recently affirmed that the southern hour had arrived with his term in office, which made many of his people think that his messiah had arrived. But time passes and still does not see the will to make that statement reality.

While true that the president took an important step with the rescue of the State-owned lands at Bahia de las Aguilas, as has also demonstrated efforts to exploit that panoramic beach that enchants all who visit. “But in view of the most alert observers, the will of the President of the Republic is slow in the tourist takeoff of the region that is considered the poorest in the country, but the richest in beaches, forests, rivers, lakes and fauna.

The outlet report continues: Natural beauties such as Lake Enriquillo, spas of mineral waters of the Marías, plantations of vineyards and coffee, its mountains, historical places of the battles of El Cambronal (Galván), Caritas de los Ríos, spa of sulfur  waters, the Cabritos Island, with its crocodiles, iguanas and flamingos, the mountains with their intra-mountain valleys, the border line with the famous Mal Paso, National Parks, Sierra de Neyba, Bahoruco, the El Caobal, Jaragua, and Bahoruco forest reserve, with its great biodiversity and high endemism of orchids, begonias and xerophilous plants, the lagoon of Oviedo and its high potential to observe birds, cave with rock art and underground rivers, diving and fishing area.

It adds that the famous canyon, Hoyo de Pelenpito, where the chieftain Enriquillo and escaped African slaves took refuge. Beata Island and Alto Velo, deposits of bauxite or alumina, the panoramic route Cabo Rojo el Acetillar, with abrupt changes of temperatures and vegetation in time of 30 minutes, its celebrations patron saints, the famous Corral of the Indians where the Taino princess Anacaona realized its dances or areitos, its valleys, at Cercado and Vallejuelo. the spas of its rivers.

There are also the altars of Papa Liborio and the Twins of Palma Sola, their magical religious manifestations, the National Park José del Carmen Ramírez, the dams of Sabaneta and Sabana Yegua, the dance of the “palos” or Atabales, Santeria and witchcraft, monuments to the battle of Santome, Caamaño Deño, Orlando Rodríguez, Juan Bosch, Enriquillo, the Cathedral and its Barriga Verde Carnival.

The first sixteenth-century sugar mills of America in Boca de Nigua, the Pomier cave complex with the greatest wealth of this art in the Antilles, La Toma Spa, murals, in the Nuestra Señora de Reglas church and in the Tirano Trujillo, the famous sculptor Vela Zanetti, Casa La Caoba, residence of the Tyrant, the crafts of the Salinas, the Jiguey and Aguacate Dam, monument to the battle of Las Carreras, the dances of the Zarandunga, the impressive dunes of Baní , the house and birthplace of the liberator of Cuba, Máximo Gómez.

Also the salt ponds and its beaches, the ruins of the First Azua of America, the Magnetic Pole, Barahona, the spa of Los Patos, and San Rafael , with its crystalline waters, coffee plantations, Saladilla Beach, the Larimar mines are just the natural wonders of this region composed of the provinces of San Cristóbal, Baní, Azua, San Juan de la Maguana, Barahona, Pedernales, Bahoruco and Independencia.