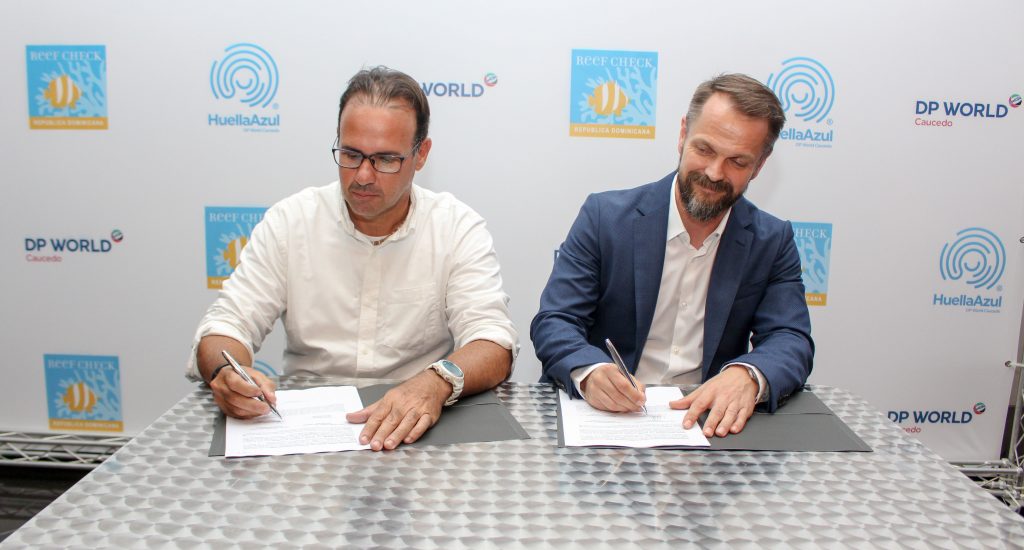 Santo Domingo.- DP World Caucedo on Thurs. signed a collaboration agreement with the environment organization  ReefChek to launch its HuellaAzul (blue footprint) initiative, as part of Caucedo’s actions and sustainability commitments  for 2018, aimed at the preservation of coral reefs in the community of Boca Chica and La Caleta.

Johansen said the agreement is part of the company’s commitment to promote a sustainable culture.

Torres said HuellaAzul unifies all of its efforts as an added value to the community, and seeks to leave a positive legacy in the environment, promoting a culture of sustainability inside and outside the organization.