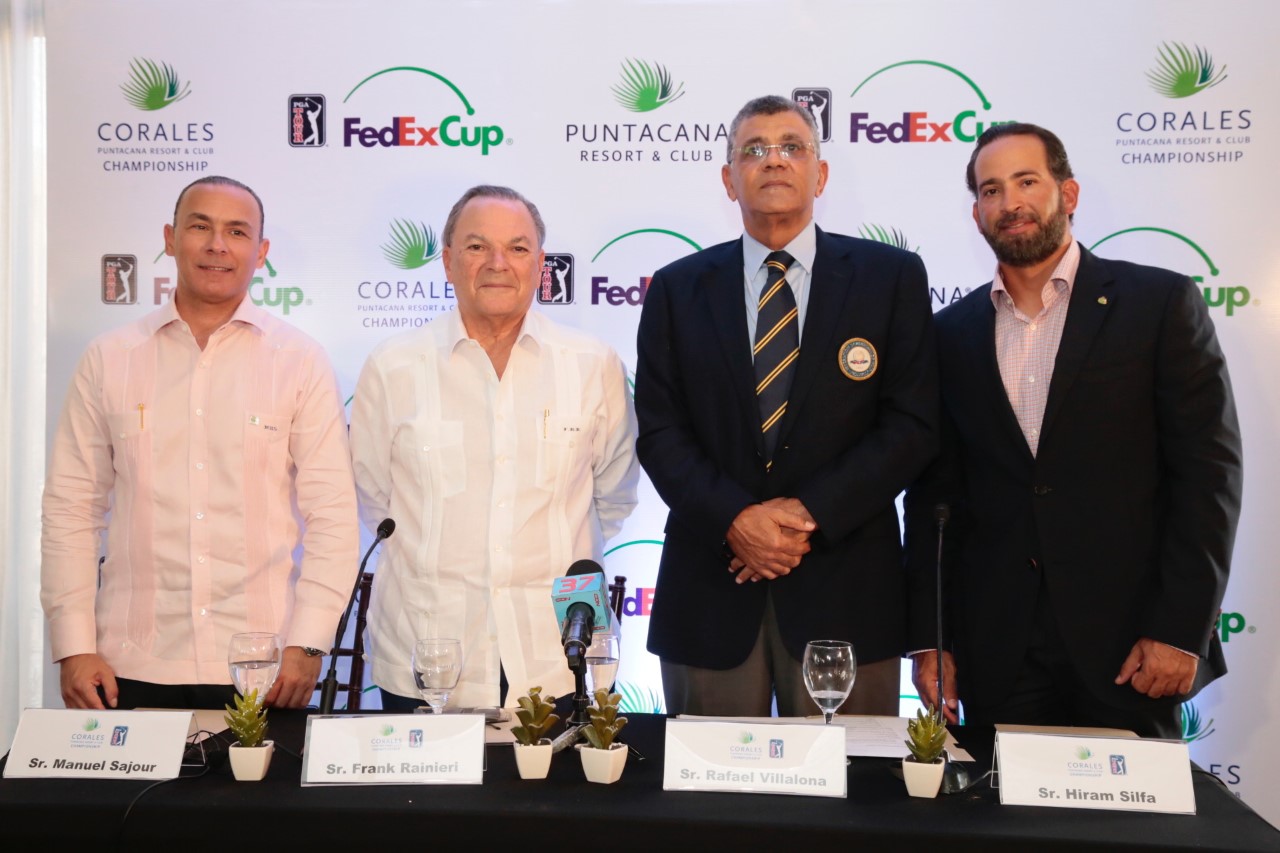 Around 132 players from around the world will be competing to share a 3 million dollar purse and accumulate points in the FEDEX cup and world ranking. This event will be seen by more than 8 million people nationally and internationally through their televisions.

PGA TOUR arrives for the first time in the country after replacing the “Corales Puntacana Resort & Club Championship” of the Web.com Tour played in 2016 and 2017 in the same field, which positions Corales among the best courses in the world.

The CEO of Grupo Puntacana, Frank Rainieri said: “the tournament places the Dominican Republic among the most important professional golf destinations in the Caribbean and that “its celebration is part of the strategies we have been developing to benefit golf tourism in the country.”

Hiram Silfa, Director of Golf at Puntacana Resort & Club said “this is a contribution so that the whole country can enjoy a world class event where renowned players such as Jim Furyk, Luke Donald, Martin Kaymer, among others will participate”.

“Los Corales golf course is positioned among the elite courses of the entire Caribbean because it has all the necessary characteristics to host a PGA TOUR stop” adds Silfa.

Within the VIP area in the Club House Los Corals we will have recreational activities for the enjoyment of all present, such as live music, toasts and tastings, comedy show, among others.

Some of the players

The participation of one of the most recognized professional players in the United States, Jim Furyk, is confirmed; Luke Donald from the  UK, with five wins of PGA TOUR and eight international; the German Martin Kaymer, who has achieved 21 professional titles; and the winner of the 2017 Web.com Tour, Nate Lashley; among others.

Tony Romo, former NFL player and now a commentator for CBS Sports, in the United States, is one of the great figures of the sport that will participate in the PGA event.

Los Corales Golf Course designed by Tom Fazio, located in Puntacana Resort & Club, is next to the cliffs, bays, natural ocean inlets, inland lakes and coral shoreline of the Caribbean Sea. It has six holes facing the sea and culminates with three holes, known as the “Elbow of the Devil,” the most challenging of this links, and that tests the skills of the golfer. Elbow of the Devil is positioned between the most spectacular and difficult final holes in the world.

Los Corales has been listed as the best in the country and second in the Caribbean for 10 Best US Today Reader’s Choice 2017.