Faro a Colón to close for remodeling 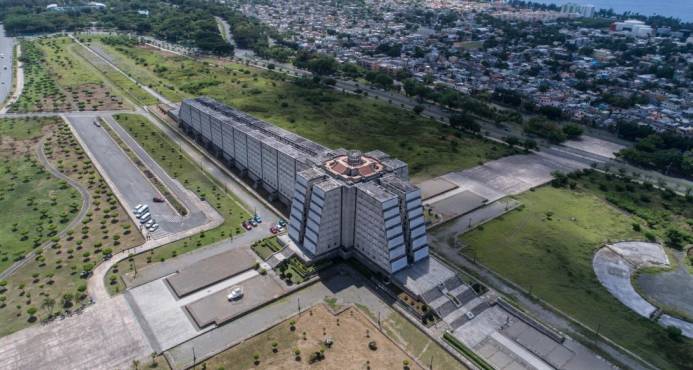 Santo Domingo.- The Columbus Lighthouse Museum will close its doors for remodeling as of Monday August 6th, with an initial government investment of RD$30 million.

Works will include changing the floors, repairing doors and bathrooms, re-landscaping and revamping the 48 exhibition halls with displays about the cultures of 48 countries, in time for the Special Olympics World Tennis Invitational Tournament scheduled for November 9-17 in the nearby Parque del Este and sponsored by the Office of the First Lady, Cándida Montilla de Medina.

In a press release, the management, headed by Diógenes González, apologizes to the public, tourist guides, students, national and international visitors and community organizations for any inconvenience that this measure may cause, explaining that the remodeling program is aimed to lift the monument out of neglect and modernize it, thus offering a better tourist destination.

The Special Olympics will host around 300 athletes from more than 30 countries. They are expected to visit the imposing structure, where most Latin American and Asian nations have pavilions displaying their cultural wealth.

The Columbus Lighthouse Museum (Museo Faro a Colón) was inaugurated in 1992 to commemorate the 500th anniversary of Columbus’s arrival in the Americas. Located in Santo Domingo East, the monument covers an area of 213,000 square meters.