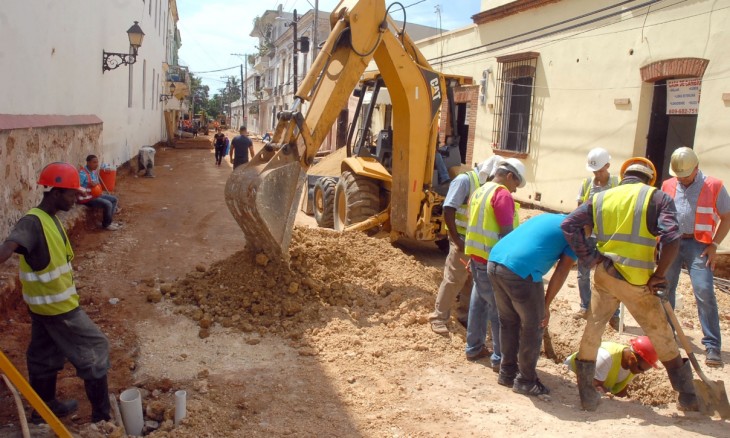 Santo Domingo.- Santo Domingo Tourism Cluster (CTSD) president Jaime Castillo Jorge on Tues. said they support the partnership between the Culture and Tourism ministries and the Mayor’s Office to provide continuity to the 2nd stage of the Colonial City’s intervention project, with backing from the Inter-American Development Bank (IDB).

“The private sector jointly welcomes the partnership that has been forged by various State agencies and the local government so that the IDB-MITUR project can continue, just as we expect that the necessary matching funds will be consigned in the nation’s budget for 2019, with the disbursement needed for the second operation,” Castillo said.

He noted that the IDB’s new representative, Miguel Coronado, said that the mechanism for the trust that will be implemented will allow a new form of oversight for the US$90.0 million that the Bank will provide for the second stage.

He also indicated that the time has come to start the second phase of the Colonial City project, especially given the country’s posted 5.9% growth in tourist arrivals last year.

“This second phase will have a positive impact not only on the businesses located in the northern part of the Colonial City, but also on the residents who are a fundamental part of Santo Domingo’s historic center, since its main objective is ensure that people stay to live and encourage them to live in the Colonial City.”