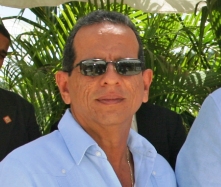 Veloz said they also asked the court to void the resolution for allegedly failing to publish it nationally as required by Law 107-13.

He said they also demanded that Tourism refrain from granting permits and authorizations which modify the zoning approved for the tourist region which Tourism itself originally established in 2012.