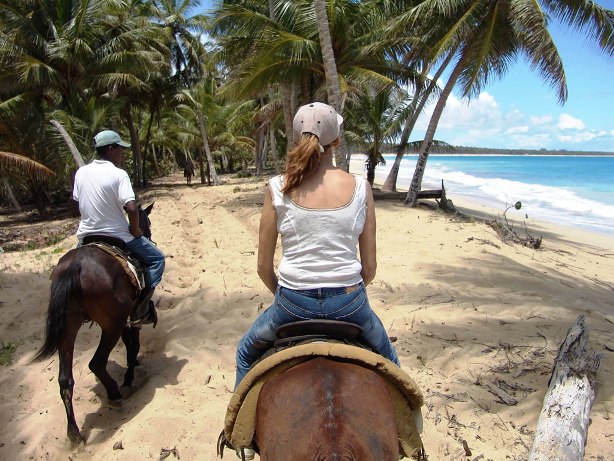 Santo Domingo. — IFC, a member of the World Bank Group, and IDB Invest, a member of the Inter-American Development Bank (IDB) Group, have partnered to provide Cisneros Real Estate with US$119.5 million in financing for Tropicalia, a sustainable resort in the Dominican Republic expected to start operations in 2021. The project is expected to create 1,800 jobs during construction, 500 jobs during operations and an inclusive supply chain that will link dozens of local entrepreneurs and farmers to hotel and tourist demand. Eventually, the hotel will source up to 70 percent of its food from the Dominican Republic—with more than a third coming from producers in Miches and nearby communities.

To finance the US$258 million project, IFC and IDB Invest are providing loans for US$79.5 million and US$40 million, respectively. As part of the financing package, IFC is mobilizing US$34 million from institutional investors through its Managed Co-Lending Portfolio Program.

The IFC loan is being entirely financed through Green Bonds, given Tropicalia’s projections for energy efficiency and other environmental considerations. IFC’s Green Bonds program supports climate-smart investments as part of a broader shift toward a resilient, low-carbon global economy.

The resort is located in the municipality of Miches, on the southern shores of Samaná Bay, just 80 kilometers west of Punta Cana. This emerging region, distinguished by its unique ecological features, is well positioned to become a low-impact, low-density sustainable tourism destination. Tropicalia includes a 169-key hotel and 24 beachfront residences.

“The financing of Tropicalia by IFC and IDB Invest as their first sustainable high-end resort in Latin America and the Caribbean is a testament to our environmental and social commitments,” Patrick Freeman, Cisneros Real Estate president, said. “Tropicalia will serve as a model for global tourism by helping to promote responsible development in the Caribbean and beyond.”

In 2015, the IDB Group played a key role setting the foundation for further investment in Miches, by financing the construction of Highway 104, from Punta Cana to Miches which opened up the area for private sector investment, “Impact investing is at the core of IDB Invest’s principles,” noted Aitor Ezcurra, Division Chief – Corporates at IDB Invest. “We are excited to support sponsors that have a heightened appetite for tourism projects that feature strong development impact elements including demonstrated commitment to the promotion of the local value chain, improvement of sustainability standards, and caring for the local community.

“Creating jobs is at the heart of our development work and the tourism industry has an enormous potential as a source of employment in the Dominican Republic,” said Luc Grillet, IFC senior manager for Central America and the Caribbean. “We are proud of mobilizing financing for this initiative as well as helping support the hotel’s environmental sustainability and supply chains from local communities.”

Tropicalia is positioned to anchor the country’s first sustainable tourism destination and aligns with the government’s efforts to expand tourism to new areas. The hotel will be the country’s first EDGE-certified construction, an international green building accreditation developed by IFC that delivers at least a 20 percent reduction in water and energy use. The project will also seek LEED certification, will adhere to local legal and lender environmental requirements, and employ numerous sustainability features to reduce environmental impact. Furthermore, IFC will advise the company on how to set up policies that will ensure women get the same opportunities as men when it is hiring, training, retaining, or promoting employees.  This will help Tropicalia achieve its goal of earning a UNDP gender seal.

Given its historical isolation, Miches has not reaped the rewards of urban development and investment to the same extent as its more urban neighbors such as Santo Domingo, Bávaro or La Romana. Approximately 60 percent of the municipality’s population lives below the poverty line, according to the latest census. IFC and IDB Invest have invested in Tropicalia as a resort development to bring positive social and environmental impact to the region.

Cisneros Real Estate has been in Miches since 2008, when Tropicalia established its corporate foundation, Fundación Tropicalia.  Over the past decade, Fundación Tropicalia has sponsored a broad range of regional programs that promote education, the environment, productivity and sociocultural advocacy. As part of its sustainable supply-chain initiative, the foundation has worked to integrate small-scale farmers, fishers and other local businesses to provide goods and services for the resort. The foundation has worked with IDB Lab, a member of the IDB Group, to train more than 1,800 beneficiaries–including farmers, students and community members–to implement sustainable farming practices, develop business plans, create cooperatives, diversify crop production and become financially savvy so that they are better positioned to become suppliers to the hotel and the region’s sustainable tourism industry.

Around the world, tourism is a major contributor to employment, generating one out of every 10 jobs, especially for younger workers and women. IFC’s experience has shown that upscale hotels create between three and five times as many jobs as budget hotels. In addition to jobs created during construction, hotels support a diverse community of small businesses and service providers. Tourism is the main source of foreign exchange for 47 of the world’s least developed countries and accounts for 40 percent of service exports in emerging markets.