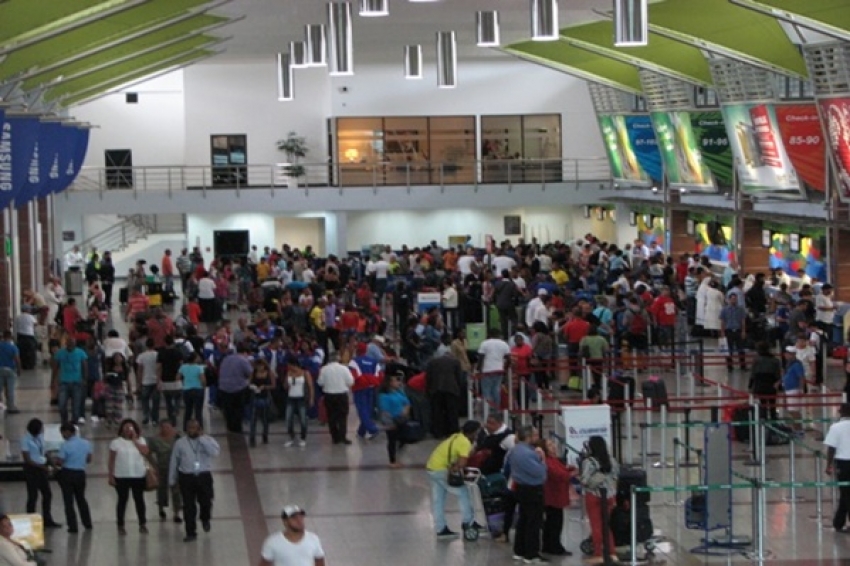 A total of 1,054,000 passengers have been mobilized by the different airports of the Dominican Republic during December 2018 on incoming and outgoing flights, informed Luis Ernesto Camilo the president of the Junta de Aviación Civil (JAC).

Just a few days after the end of 2018, the flow of Dominicans absent from the country increases considerably.

Camilo said that most of the passengers transported are Dominicans living abroad who return to the country to spend Christmas and the New Year with their families.

Also, the massive influx of travelers is attributed to the customs facilities granted this year by the government, through the General Directorate of Customs, in favor of travelers so that they can bring tax-free gifts and articles worth up to US $ 3,000.

The measure, which is contained in Law 9-96 and provides that each Dominican can bring items and gifts that do not exceed $ 3,000 will remain until January 7 of next year and applies to Dominicans living abroad who spend more than six months out of the country.

The Civil Aviation Board estimates that the number of passengers transported this year by the airports in the country will exceed 14.5 million, surpassing by more than 700,000 passengers compared to the previous year.

The Las Americas airport is packed daily by people who come to the airport terminal to find their relatives.

The travelers are confused between the hugs and the congratulations of their relatives, who wait for them at the exit.

The surveillance at the Las Americas airport, as well as on Route 66 leading to the terminal, has been redoubled.

The Specialized Airport Security and Civil Aviation (CESAC), and the National Police have reinforced the surveillance in the air terminal.

The head of CESTUR at AILA, Colonel Robert Cávalo, said that thanks to the measures taken by the authorities, there had not yet been any alarming incidences at the airport.

Cávalo explained that a special patrol has been installed 24 hours a day from Route 66 to the airport terminal, to ensure the safety of travelers, both day and night, when more flights arrive.

The airlines have been authorized to enable additional spaces to place the large amount of luggage that passengers are bringing.

Although the complaints of the travelers for the delay in the delivery of their suitcases had diminished, they have resurfaced again.

The general direction of the Dominican Institute of Civil Aviation (IDAC) has been tasked to reinforce the supervision and the number of air traffic controllers, operators and other technicians in the different work shifts, to provide optimal service in this period in which traditionally, air operations increase.

From the general direction, Navigation Area is instructed to adopt the corresponding forecasts in the face of increased demand, as is common for the end of the year festivities.

“Due to the anticipated increase in the number of air operations, this institution has taken the necessary measures to ensure the safety of all flights,” he said in a press release.

A message is included with the best and most sincere wishes of the year as 2019 approaches, that it be filled with prosperity, health, positive energy, and peace.

The objective is that all agencies and affiliates of the IDAC provide optimal service during the increase of activities related to Christmas and the New Year holiday.

The IDAC notes the participation of a representation of the institution in the prevention tasks established by the Government through the preventive and relief agencies coordinated by the Emergency Operations Center (COE), with which there is permanent contact.