Dominican Republic’s most pristine beach opens to the world 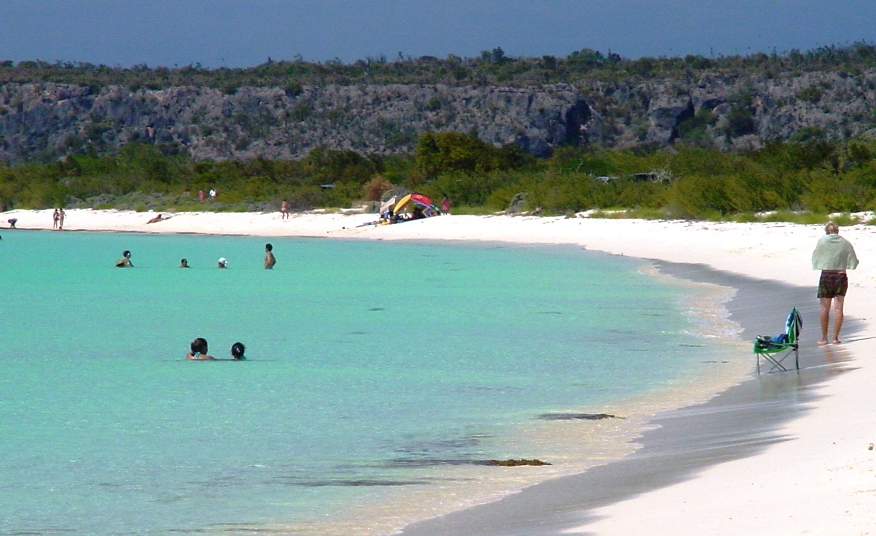 Santo Domingo.- “The desired sustainable tourism development has arrived in Pedernales province,” with its entry into the tourism industry on the recovered 362 million square meters at Bahia de las Aguilas, within the Jaragua National Park (southwest), which were sold fraudulently by govt. officials in the 1990s

Presidency chief of staff Gustavo Montalvo made the announcement Fri. in a surprise National Palace press conference, where the official said he felt “satisfaction because justice has been done” with the final Supreme Court ruling that put an end to an over 20-year legal battle.

He said from now on the doors are open to boost tourism in the vast region, with the commercial exploitation of the 8-kilometer shoreline of Bahía de las Águilas, the country’s most pristine beach, “a natural sanctuary where species of different types coexist,” having been preserved as a virgin space until now.

“These years we have worked in laying the foundations for this development, in order to be an orderly and planned process. And from today, with this favorable ruling, we can hasten the implementation of the plans underway, with the necessary legal security,” said Montalvo, accompanied by Executive Branch legal consultant, Flavio Darío Espinal and Presidency spokesman, Roberto Rodríguez Marchena.

Montalvo pointed out that in 1997, Dr. Piky Lora, as a State attorney, began the process to recover the lands of Bahía de las Águilas.

“That legal process, which would last for 21 years, would be continued by his daughter, also Laura Acosta, who continued to defend the interests of the State in the courts since 2013,” explained Montalvo.

“I want to express the government’s recognition of these two exceptional women, as well as the legal team that has accompanied them during this long struggle.”