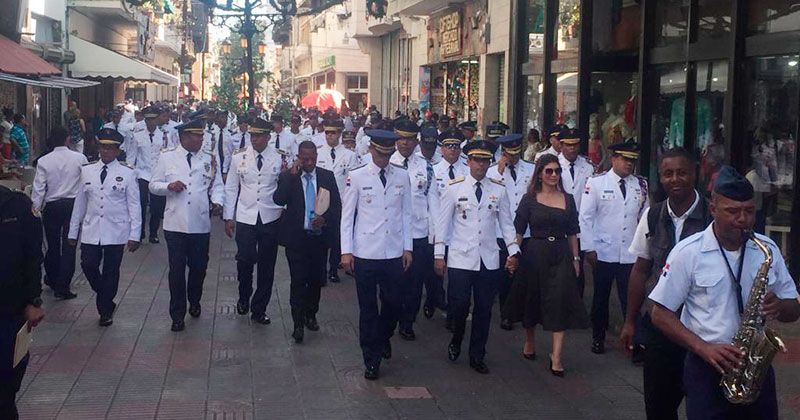 The General Director of the Specialized Body for Tourism Security (CESTUR), Pilot Brigade General Juan Carlos Torres Robiou, assured that this institution guarantees the safety of the millions of tourists who choose the Dominican Republic every year for their recreation and break.

“One of the main factors that a tourist takes into account when choosing a destination is Safety, and in that sense, the Dominican Republic obtained the primacy of all countries in the Caribbean, South and Central America,” he said. the official.

Citing data from last year’s report from the Central Bank, Torres Robiou said that the Dominican Republic obtained greater economic income from tourism with more than seven billion dollars, in addition to the fact that the country was ranked fifth in Latin America regarding tourism. Referring to tourist arrivals, only behind Mexico, Argentina, Brazil, and Chile.

The Director-General of CESTUR expressed his considerations to commemorate with various acts this Thursday the 18th anniversary of the creation of that institution.

He said that the Specialized Body of Tourist Security (CESTUR), is advancing by leaps and bounds, “to continue carrying out this enormous responsibility to guarantee the safety of the millions of tourists who choose this beautiful paradise every year for their recreation and rest.”

He stressed that his management at the head of CESTUR), “has been preceded by an extensive chain of achievements and advances, which have placed this institution as a reference and consultative model of the Americas and the highest standards of global tourism security, according to the North American expert in tourist security Peter Tarlow “.

“The Dominican Republic,” he added, “is the Reserve of a Safe Destination and each day that passes is consolidating as a tourist power, backed by an inter-institutional synergy and a coordinated work that has shielded the National Tourism Industry, contributing to the development and growth of the Dominican economy through these guarantees of security and protection to our visitors “.

He said that each member that makes up the great family of CESTUR complies with disposition, dedication, and dedication, with the full awareness of knowing that for this work provided in benefit of the prevention and safety of our visitors.

He assured that this institution has a direct impact on the increase in the collection of foreign currency that, due to tourism, enters the country.

He indicated that while the Government is making enormous efforts through an aggressive international publicity campaign carried out by the Ministry of Tourism in the world’s major tourism fairs: “CESTUR does not give way. It always stands one step ahead with the Ministry of Defense and the General Directorate of the National Police, to face the great challenges that can later become threats for the Tourism Industry.”

He assured that CESTUR would continue preparing, professionalizing and improving itself technologically to keep pace with the challenges expectations of a sector as demanding as the Dominican Tourism Industry.

He revealed that today the country has a stable entity. CESTUR stands equipped and prepared to continue contributing with its work of protection and security, this great industry that advances towards the achievement and execution of the goal country brand, which in this last decade has attracted the most significant amount of foreign visitors since the history of tourism began in the Dominican nation.