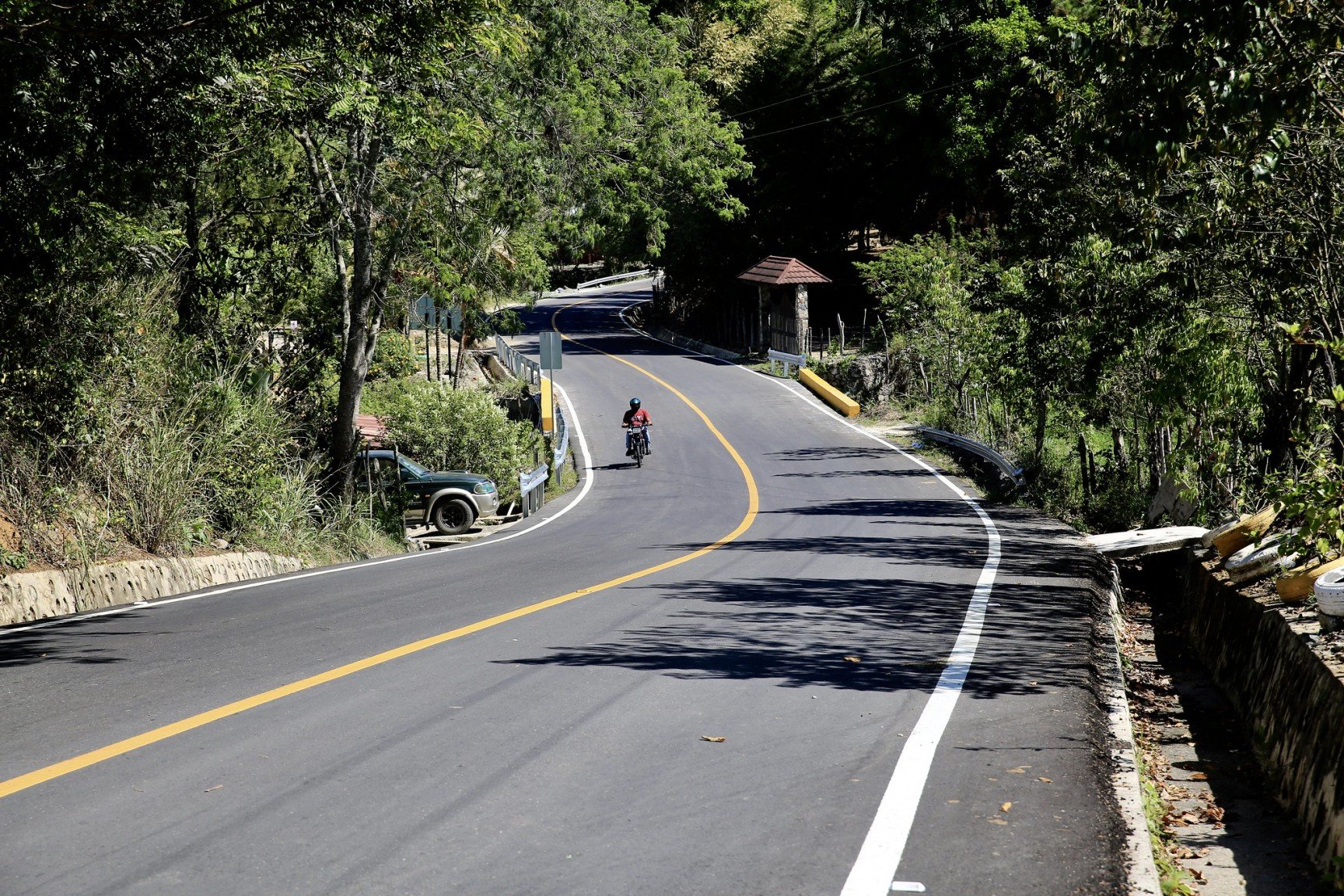 The work will contribute to the development of the area, will favor the increase of agricultural production and visitors who enjoy mountain tourism.

The highway was rendered under the charge of the Ministry of Public Works and Communications (MOPC) and built in mountainous terrain, with two lanes of circulation featuring a width from 6 to 9 meters.

With the reading of a poem alluding to an evening in Jarabacoa, Rogelio Rodríguez thanked Danilo Medina, on behalf of the community of the municipal district Manabao, for the delivery of this infrastructure.

He explained that the road had been initiated twice, “but never before had received an intervention in the magnitude given by the present administration.”

The work, which will facilitate access to the J. Armando Bermudez Park, the Tetero Valley, and Pico Duarte, has a pavement structure that is composed of asphalt concrete binder.

Critical points of collapse were remedied by the construction of retaining walls: gabions and reinforced earth.

The road was marked horizontally and vertically throughout the entire length of the project. Security barriers were also incorporated in the necessary points.

Gonzalo Castillo, Minister of Public Works and Communications, highlighted the impact of the road that had been demanded for several years by the community of Monabao, La Ciénaga, Jarabacoa, and other areas.

He argued that the lack of an adequate road infrastructure affects the competitiveness and development of a region, “as evidenced by the strong correlations between the density of the road network and the Gross Domestic Product (GDP) corresponding to the area of ​​influence of each zone or region.”

He indicated that for these reasons, “the MOPC under the direction of President Danilo Medina, today delivers this infrastructure work to underpin the development and welfare of the region and the entire country.”

It was also reported that the roads of Los Dajaos and La Lomita are under construction and soon will be delivered.

The mayor of Jarabacoa municipality, Carlos Sánchez Pineda, agreed that it is an infrastructure that will contribute to the growing development of this area.

“This is a project that is in response to and benefits thousands and thousands of producers in this area, but above all to tourism again return to one of the most important sites in the Dominican Republic, which is the community of Manabao.”

Meanwhile, Bolívar Israel Marte Núñez, governor of La Vega province, expressed his gratitude for the delivery of the road and highlighted other works surrounding this community.

The district director of Manabao, Anyelino Fernández, together with the students Anabel Sánchez and Loanny Solares, presented a plaque to the head of the State, where they recognized him as the father of the development of this district for the contributions to the education, agricultural and tourism sectors.