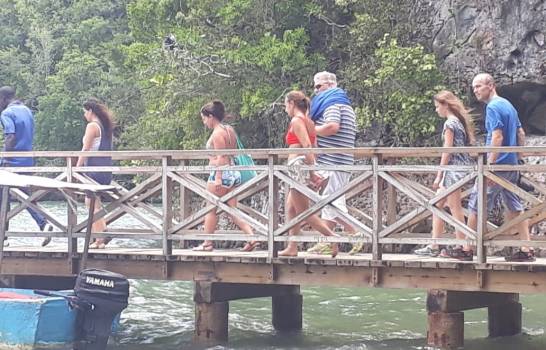 The State Department on Monday updated the notice to its citizens about the risks of traveling to the Dominican Republic in which it warns again to take into account “violent crimes, including armed robbery, homicide and sexual assault throughout the country.”

The alert on travel to the Dominican Republic is maintained, as the previous February, at level 2, and argues that “the wide availability of weapons, the use, and trade of illicit drugs and a weak criminal justice system contribute to the high level of crime on a broader scale.”

However, he adds that “the development of a professional tourist police force, the institution of a 911 system in many parts of the country and a concentration of resources in the tourist areas means that these (crimes) are better monitored than urban areas, like Santo Domingo.”

Last March, when arriving in the United States, where he met with President Donald Trump, the Dominican leader, Danilo Medina, said that among the requests he made to his counterpart was to withdraw the alert to US citizens and Trump promised that he would.

The Dominican Republic is within the number 2 rating in travel advice, where there are four levels. Level 1 is the lowest and normal recommendations are made; at level 2 warnings are made to strengthen security measures. Level 3 asks you to reconsider travel, and level 4 is a warning not to travel to that country.

“We also ask that the placement of the Dominican Republic in travel alerts for US citizens be withdrawn. The Prime Minister of the Bahamas coincided with the same classification and promised that they would review these measures immediately,” Medina told Dominican journalists.

The Dominican Republic is the main tourist destination of the Caribbean region. From January to November 2018, a total of 5,909,880 non-resident passengers were received.

Some of the recommendations are to take your environment into account. Do not physically resist any attempted theft, show no signs of opulence such as expensive watches or jewelry, follow the advice of tour operators and hotels related to local security and safety concerns.