Puerto Plata: challenges of a destination recovering its splendor 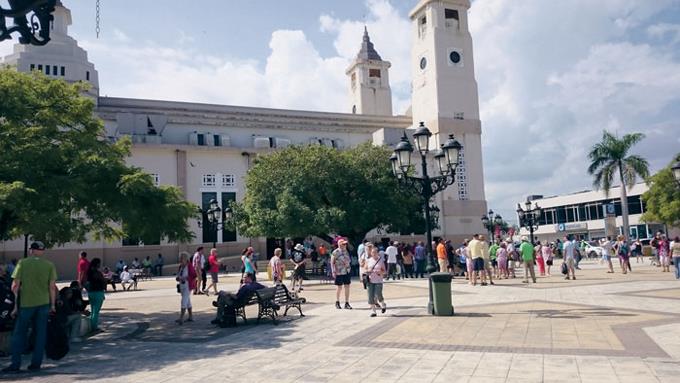 This destination is recovering in a sustained manner and although it still does not reach the levels reached in 2000 in terms of arrival of tourists by air, the achievements are obvious, especially in the recovery of cruise tourism and the announcement of a new multipurpose port that it will be operating by 2020.

In 2018, the destination received 407,568 tourists by air and 518,121 in the cruise port of Amber Cove. According to the figures of the Central Bank, this represents an increase of more than 18% in the arrival of tourists by air, in relation to the lowest point of destination in 2011. In cruise tourism, the increase is more spectacular since from 1984 that line had been reduced to nothing.

The general consensus agrees that this recovery is the result of the joint effort of the Government through the Ministry of Tourism and the private sector, which have articulated actions to guarantee that this decade has been a recovery for the destination that marked the takeoff of mass tourism in the country.

Reversing the numbers of the first decade of this century has not been a simple task, of 745,236 non-resident foreigners received in 2000, in freefall the figure dropped to 346,934 in 2011, marked mainly by a rapid decline in European tourism, especially from Germany and England. In 2012, a slow and sustained recovery began in the destination that reached peaks in 2016 and 2017 with growths of 9.9 and 10.4% compared to previous years, 2018 was not as flattering, which is attributed to short-term factors, but the positive result of the cruises marks a recovery.

The president of the Tourism Cluster of Puerto Plata and executive vice president of VH Hotels, Roberto Casoni, looks optimistically at the destination’s expectations, pointing out that previously due importance was not given to the destination as such, which changed from the moment institutions such as the cluster, Adompretur, and others arise.

It stands out that many of the merchants of the sector have lived through each of the stages of the destination.

Considered one of the important things has been the idea of ​​Minister Francisco Javier Garcia to recover the cruise tourism that has created the conditions which create sustainability for the city and the settlement of the city, the historic center, with bars, restaurants improving the destination experience, growth expectations with the construction of a new port.