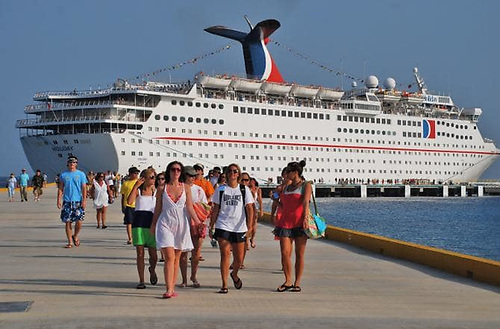 Santo Domingo (EFE) .- The Ministry of Tourism highlighted that more than 6,000 cruise passengers from the United States arrived this Thursday, July 4th at the Amber Cove port of Puerto Plata, in a “special visit” for the celebration of the 243 anniversary of the independence of the American nation.

Visitors descended from the “modern” and “majestic” Carnival Magic ship waving multicolored American and Dominican flags as a sign of celebration and the solid and fraternal friendship that exists between the two nations, the organization said in a press release. 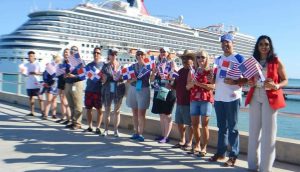 Americans celebrate 4th of July in the DR

The cruise passengers were received by the Deputy Minister and the provincial director of Tourism, Julio Almonte, and Yakaira Cid, respectively, as well as executives of the company Carnival.

Almonte highlighted the sustained increase in the arrival of travelers through this port to the country, contributing to the economic dynamism of Puerto Plata and the entire northern area.

He argued that the arrival of tourists by the Port Amber Cove since its inauguration has seen continuous and constant growth, as shown by the numbers of the first five months of this year when 365,257 cruise passengers including the crew arrived.

I do realize that a similar article was posted on July 5th. However, in light of current circumstances with regard to highly unfortunate incidents involving American tourists in the DR receiving a prime focus, I felt this reality also warrants a proportional representation. — Renn Loren

We do not accept offensive, demeaning or nonsensical comments which do not add to the conversation or spirit.
We are interested in the debate of ideas, we do not sponsor any offense against anyone. Comments that contain denigrating, offensive, defamatory, libelous messages, for reasons of race, politics, religion or any other nature will be deleted and their authors excluded from continuing to comment.