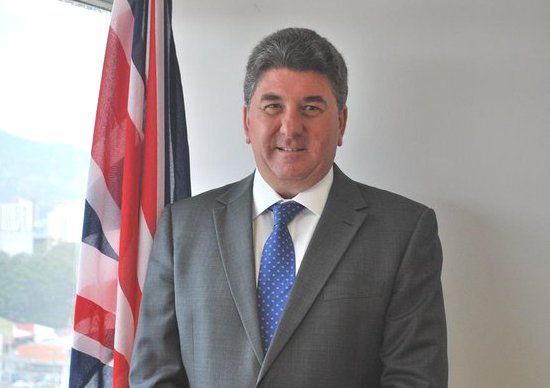 Santo Domingo.-The British Embassy’s two priorities are that the tourists who traveled with the now bankrupt tour operator Thomas Cook enjoy and conclude their holiday and avert harm to Dominican Republic’s image.

Interviewed by Listín Diario, British ambassador, Chris Campbell, said the UK’s Civil Aviation Authority will assume the expenses of the tourists’ lodging, regardless of nationality, who traveled through the failed company and who are still in the country.

He added that as of Wed. they had repatriated 302 foreigners by different airlines. He said the next flight will depart tomorrow with approximately 270 tourists. “We have four flights scheduled. This has been the greatest repatriation in history, after World War II.”