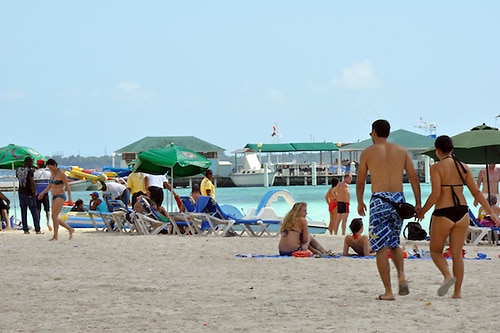 SANTO DOMINGO.- Tourism has become the salvation table of the world economy, currently generating more than 319 million jobs worldwide and the private sector in the Dominican Republic is the largest generator of foreign exchange.

This was expressed by Minister of Tourism, Francisco Javier García, to take stock of what the industry currently represents when World Tourism Day was celebrated yesterday on September 27th.

“This World Tourism Day finds the sector at an exceptional time in general terms and in particular for the Dominican Republic where every year we generate more jobs and currencies,” said the official, considered one of the most influential Ministers of Tourism in Latin America.

He recalled that while the world economy grew last year by an average of three percent, the tourism industry registered an increase of 3.8%.

“The figures worldwide cannot be more revealing. 319 million people work directly in the industry, that is, tourism generates 1 in 5 jobs in the world,” Garcia said.

The Minister of Tourism indicated that the country has 95,000 rooms and there are currently another 15,000 the process of construction and remodeling

He stressed that more and more people are excited to partake in tourism, so it is projected that in 2021 the sector would have about 421 million direct jobs and that in the next ten years tourism will generate one hundred million new jobs at the level global.

At the local level, Minister García understands that World Tourism Day finds the sector at its best, taking into account the contributions that industry makes to the Dominican economy.

He stressed that just within the last seven years the country received about 48 million visitors by air and sea, generating more than US $ 45 billion.

The Minister of Tourism indicated that the country has 95,000 rooms and that there are currently another 15,000 the process of construction and remodeling.

García thanked the unconditional support that President Danilo Medina has given to the tourism sector, which has guaranteed the growth he is currently recording.