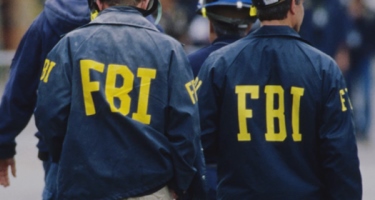 ACCORDING TO THE UNITED STATES EMBASSY IN THE DR

Prosecutor postponed the release of results

Report will help dispel speculation about the facts

The results of toxicology tests performed on tourists who died in hotels in the Dominican Republic were delivered to the Dominican authorities on September 16 by the Federal Bureau of Investigation ( FBI ).

This was reported by the United States Embassy in the country, which also noted that each death is a tragedy.

“The Dominican authorities lead the local investigation and review the findings of the FBI in the context of this investigation,” says a response from the press attaché of the Embassy, Carolina Escalera, according to Listín Diario.

It is recalled that last Monday the Attorney General’s Office postponed a press conference that had been convened to publicize the results of the reports, alleging that they had received incomplete results. 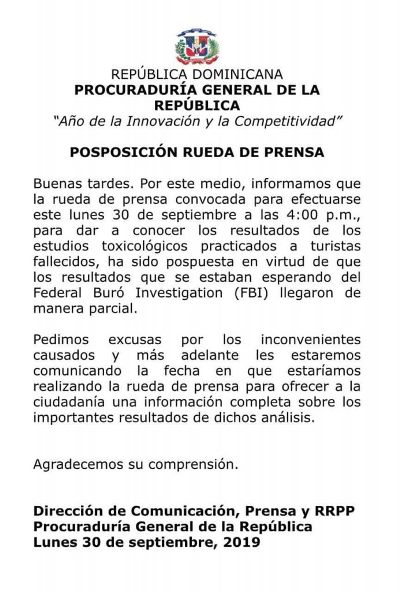 Following is the full statement of the United States Embassy:

At the Embassy of the United States, we will continue working with our Dominican counterparts in the areas of safety, health, and tourism to analyze and inform the US public. UU. about any potential security risk in the Dominican Republic.”