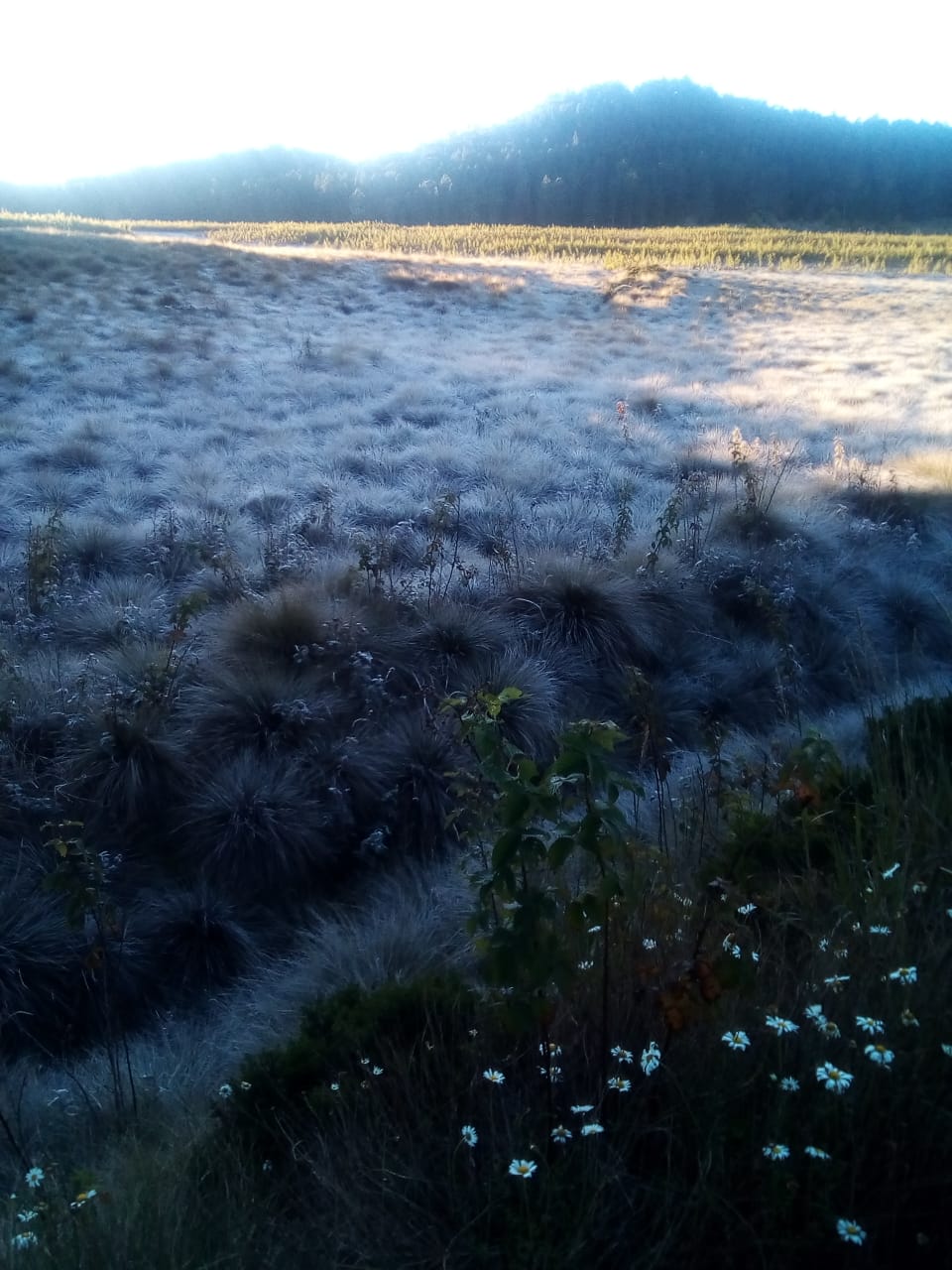 In the case of Rancho en Medio (entrance to Alto Bandera), -1°C was registered, while in the Mora Farm and Malo River the decrease was -2°C.

Meanwhile in Las Pirámides and La Nevera  (the fridge) the mercury dropped to -2°C, which led to the formation of frost on the weeds and bushes of the surroundings.

“Today, for the third consecutive day, it was white as snow. With everything and the avocados of Las Espinas and the incessant agriculture, Valle Nuevo motivates us to visit it, protect it and conserve it,” Hoy reports.