Indiana U opens ‘Museum in the Sea’ on Dominican south coast 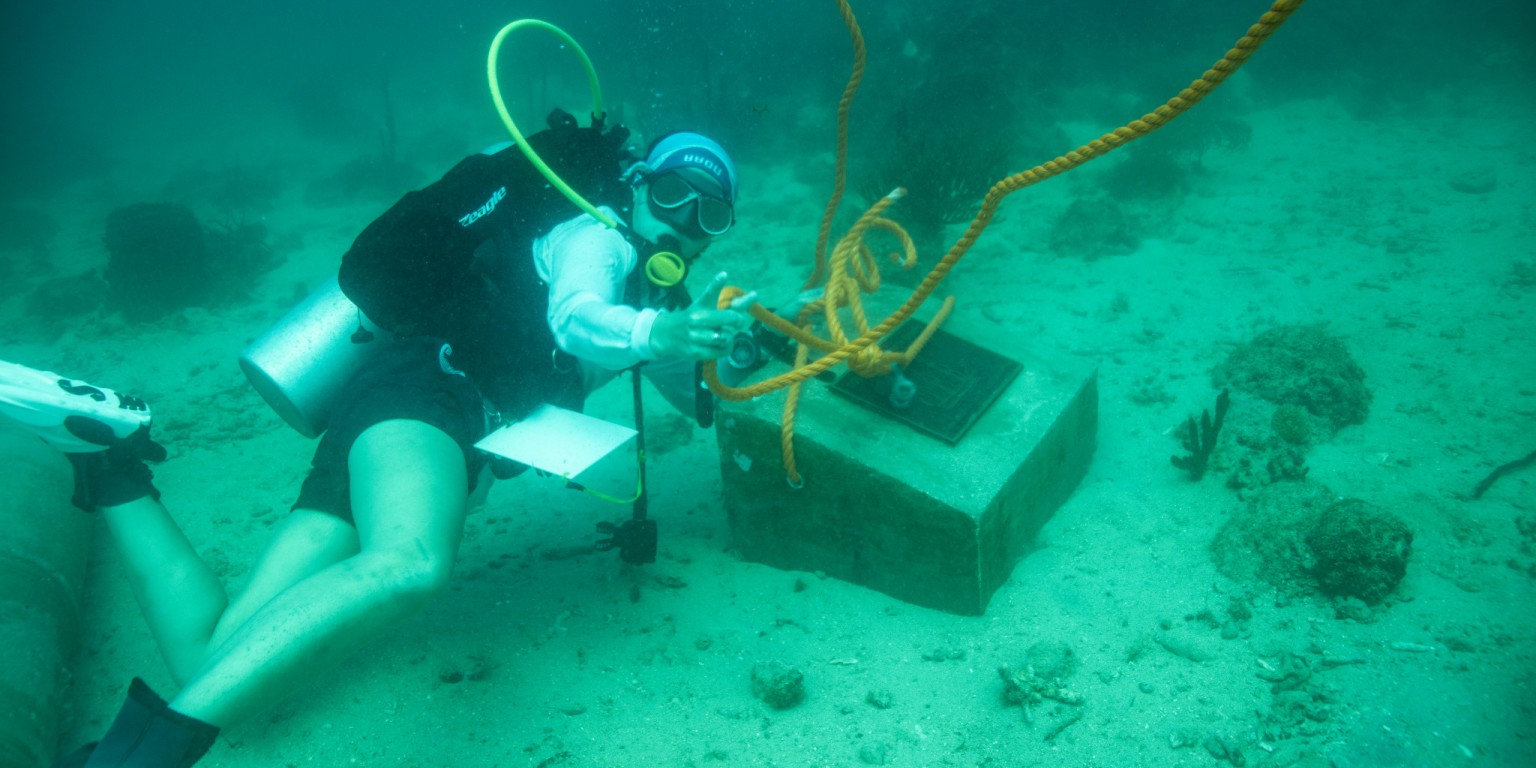 Photo courtesy of the IU Center for Underwater Science

BLOOMINGTON, Ind. — In partnership with the government of the Dominican Republic, researchers at the Indiana University Center for Underwater Science have opened their fifth “Living Museum in the Sea” in the Caribbean country — a continuation of the center’s holistic approach to protecting and preserving historic shipwrecks as well as their coastal environments.

Charles Beeker, director of the Center for Underwater Science and a clinical professor of kinesiology at the IU School of Public Health-Bloomington, said creation of the Living Museums in the Sea involves both biological and archaeological protection efforts because scientists combine maritime treasures with their associated underwater biology.

The underwater museums are open to the public and must be accessed by snorkeling or scuba diving. However, to facilitate access by the non-diving public, many of the shipwrecks researched by IU have conserved artifacts on display in the Museo de las Atarazanas Reales, the Dominican Republic’s national maritime museum in the UNESCO World Heritage site Colonial Zone.

IU researchers work to open the university’s fifth underwater museum in the Dominican Republic, named the 1725 Nuestra Señora de Begoña for the Spanish merchant vessel that sank in the early 18th century. The museums are open to the public and must be accessed by snorkeling or scuba diving. Photos courtesy of the IU Center for Underwater Science

“The Living Museums in the Sea model provides a sustainable alternative to treasure hunting,” Beeker said. “IU researched the 1725 Begoña — a Spanish merchant vessel that sank in the early 18th century — for several years, with recovered diagnostic artifacts conserved and interpreted for display in the Atarazanas Museum. But the primary mission is in situ preservation and creation of an underwater exhibit, protected for this and future generations.

“Treasure hunters can only sell it once, but with the living museum model, we can sell history forever.”

Tori Galloway, a research associate at the Center for Underwater Science, said the underwater museums are a creative solution to a problem unique to the Dominican Republic, where treasure hunting from shipwrecks is still legal as long as half of what is salvaged is returned to government. This creates a situation in which the government is often stuck with a large number of artifacts that can’t survive above water but doesn’t have the resources to devote to proper above-water conservation, she said.

That’s where IU researchers come in, Galloway said. With expertise in archaeology, underwater habitats and scuba diving, the IU team placed the artifacts — such as old cannons and anchors — back underwater to create a mock shipwreck.

Beeker and his research team plan to return to the Dominican Republic in the coming weeks to create a 3D photogrammetric rendering of the Nuestra Señora de Begoña, which is useful for long-term monitoring and management of the new museum.

This work is part of 25 years of ongoing IU research and excavations in the Dominican Republic, with the goal of discovering one or more of the vessels associated with Christopher Columbus‘ second voyage to the Americas.