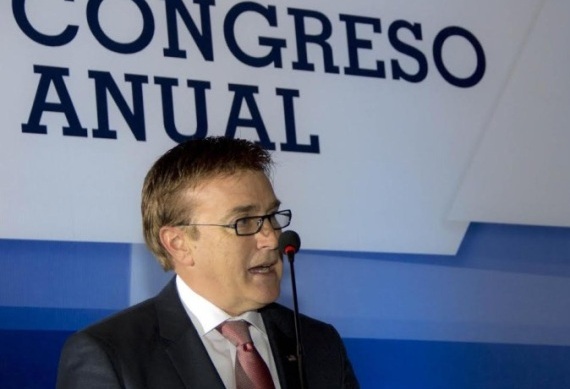 LOS ANGELES, Dec. 5, 2019 /PRNewswire/ — Former US Ambassador to the Dominican Republic, James (Wally) Brewster, today shared his endorsement of the Caribbean nation – ensuring travelers that the Dominican Republic offers a safe, warm and beautiful vacation destination, while applauding the nation’s recent efforts to ensure the security of its millions of annual visitors.

Former US Ambassador James (Wally) Brewster today publicly reaffirmed the safety and security of the Dominican Republic after embarking on a series of visits and meetings to the island to witness first-hand the new measures that have been put into place. He encourages anyone contemplating visiting the country to do so with peace of mind, and take the opportunity to experience the diverse beauty, culture, and hospitality of the island for themselves.

“The Dominican Republic has been my second home for over fifteen years, so maintaining a high level of transparency on issues concerning my fellow American tourists has always been a priority. After witnessing firs thand the impact the newly heightened health, safety, and security measures have made – I can say with confidence that anyone considering visiting the Caribbean nation over the holidays or in the New Year should do so with peace of mind, as commitment to the safety and security of its tourists is stronger than ever.”

The statement comes as the Ambassador prepares for his fifth trip to the island in six months, which he began embarking upon following the June news reports that sparked travelers’ initial concerns. During his visits, the Ambassador sought to gather complete details first-hand and met with government officials and leaders in the tourism sector in order to better formulate an informed, outside perspective.

“It’s always a concern when you hear troubling news reports, particularly when today’s social media has the ability to give it a life of its own before facts have been gathered. But the facts now available show that the reported incidents were unrelated based on the investigations and toxicology results received. And statistically, the island remains among the safest in the Caribbean.”

During his time in office, Ambassador Brewster was responsible for over 3.5 million Americans either traveling to or living in the Dominican Republic, with his commitment to safety and security being a well-documented focus. The Ambassador was often in headlines for his direct, unfiltered honesty when discussing issues impacting the nation, so he hopes his words offer peace of mind to travelers, as his endorsement doesn’t come lightly.  When Allianz Global Assistance recently announced Punta Cana as the most popular international destination for Americans this year during the Thanksgiving holiday, the Ambassador says he wasn’t surprised, stating:

“The Dominican Republic is a country of rich heritage that goes beyond just their beaches, which are truly some of the most stunning in the world. There’s a reason so many celebrities, entertainers, and business executives choose it as their destination of choice for the holidays. It offers such a diverse and dynamic range of experiences that are worth appreciating first-hand – from exploring the Zona Colonial where Christopher Columbus settled the new world in 1492, to hiking the highest peak in the Caribbean, to taking in the incredible cuisine and culture that is second to none. Most importantly, the Dominican people are some of the most warm and hospitable that you will ever have the privilege to meet. I encourage travelers to take the opportunity to experience for themselves.”