New cruise terminal in Puerto Plata will be operational in 2020 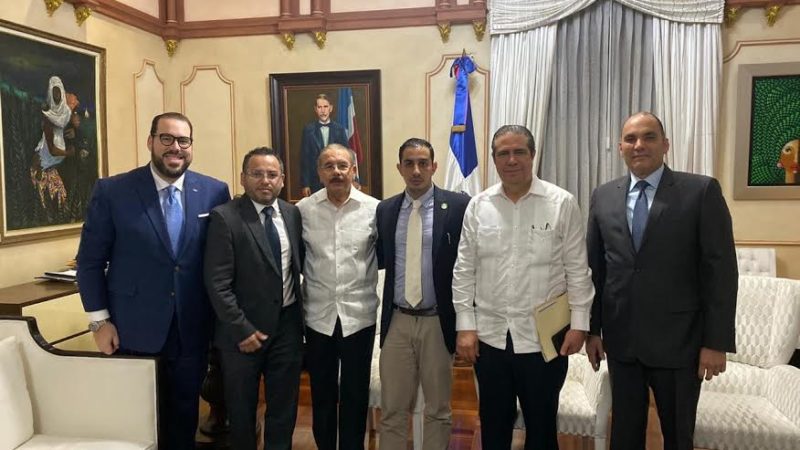 The Ministry of Tourism ( Mitur ), Dominican Port Authority and the company Puerto Plata Port Investment, winner of the tender for the construction of a cruise terminal in the port of Puerto Plata, said during a press conference, which for the month of November of the next year 2020, they will already be receiving the first cruise ships.

The press conference was led by the Vice Minister of Tourism, Julio Almonte, the director of the Dominican Port Authority, Víctor Gómez Casanova and Mauricio Hamui of the Puerto Plata Port Investment company and the Taíno Bay Cruise Terminal.

In that sense, Gómez Casanova said that cruise companies are already selling Puerto Plata as a destination from November 2020, because they usually prepare and promote their travel and reservation calendars two years in advance, for sales and marketing purposes.

“From the first moment that this project was discussed, President Danilo Medina’s first condition to investors was that the contracts and operations of the cargo area in the Port of Puerto Plata had to be respected, and the construction of a new area of ​​operations for fishermen, which was accepted by the company that finally won the tender and is thus committed to doing so in the concession contract,” he said.

The official said that yesterday afternoon they held a meeting in the National Palace with President Danilo Medina, who personally monitors the progress of the project that was awarded by public tender in January of this year 2019.

Mauricio Hamui, on the other hand, expressed that “the Puerto Plata society can have confidence in our company and in the fulfillment of our commitment to have the new Port ready and the Taíno Bay Cruise Terminal receiving our first cruise, in November next year 2020.”

The group also explained that they have been in talks with the representatives of the shipping lines that operate in the port of Puerto Plata because they have had to prepare a plan for the transfer of containers, chassis, heavy equipment and workshops that operate in the port to be transferred to other areas, in which the new facilities for the operation of the cargo area are built.

On the part of the cargo operations in the port, the Puerto Plata Port Investment company has reached a subcontracting agreement with entrepreneurs and engineers Avelino Sarante, Abraham Selman, Rafael (Kuky) Silverio and   Salvador  (Chío) Jiménez Messón, to expedite the work of the cargo area and the construction of the new breakwater for loading operations.

Hamui, he added, that during the first year of operations of the Taíno Bay cruise terminal, between November 2020 and December 2021, Puerto Plata will receive more than 650,000 cruise passengers and more than 150 cruise ships, which will mean “an investment spillover not only in Puerto Plata but throughout the region and will greatly boost the economy and economic and tourism growth of the region and the whole country;” According to newspaper Hoy.