Ranking – The top 5 airlines and routes in Santo Domingo airport 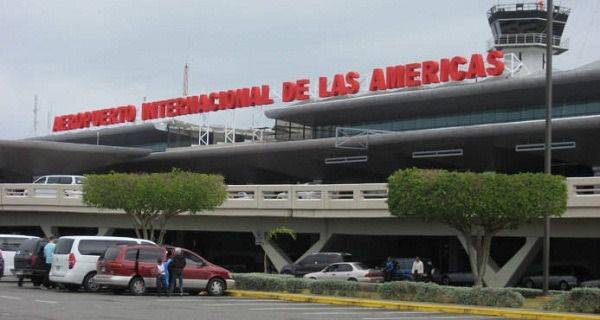 Air traffic to the Dominican Republic has increased significantly in recent years, highlighting the progress of five airlines that have the highest levels of passenger traffic at the International Airport of the Americas ( AILA ) in the last four years (2016-2019 ).

According to the Statistical Report on Air Transport in the Dominican Republic of the first half of 2019, JetBlue, Delta, American, Copa, and Iberia dominate the market. 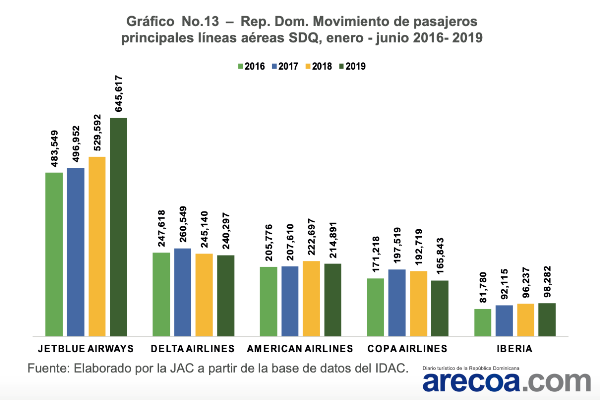 In first place is  JetBlue appearing with a total of 645,617 passengers in the first half of 2019, a figure that represents about one-third of the total traffic of said terminal, it is the most outstanding in terms of growth, increasing its average 10% passenger traffic annually. 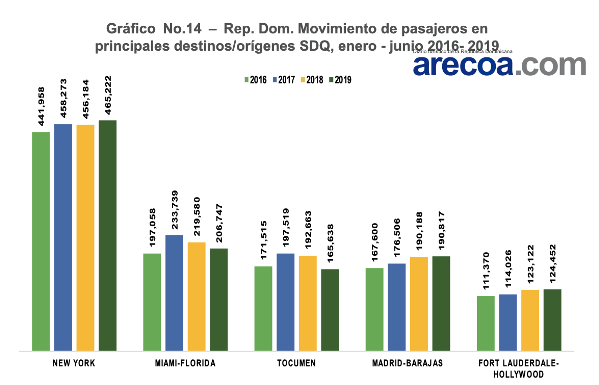 As for the main destinations originating the highest passenger traffic in connection with the AILA, it is headed by  New York with a volume of 465,222 passengers in the first half of 2019, a figure that represents 23% of the total of said terminal.

According to the statistical report presented by the Civil Aviation Board ( JAC ), the terminal has reflected diversity in terms of market concentration, evidenced by the presence of destinations originating in North America, Central America, and Europe.

It is recalled that said report is prepared by the JAC from the database of the Civil Aviation Institute ( IDAC ).