JetBlue, American and Delta top ranking of airlines in RD 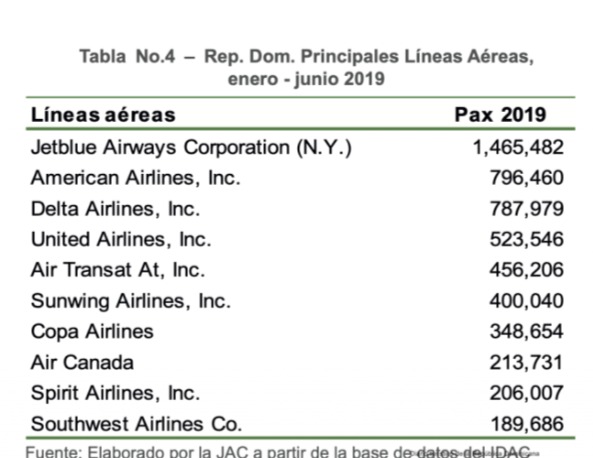 JETBLUE AIRLINE STRENGTHENS ITS LEADERSHIP IN PASSENGER TRAFFIC TO THE COUNTRY

Air Transat is listed as the most active Canadian line, according to the JAC

United shows its potential, being the fastest growing in the DR

The airlines that have registered the highest levels of passenger volume in the last four years on regular flights to the Dominican Republic are JetBlue Airways, American Airlines and Delta Airlines, which are listed as the only ones to serve more than one million passengers annually in the country.

According to the Statistical Report on Air Transport in the Dominican Republic, in terms of growth, JetBlue and United Airlines airlines are distinguished, which have increased their passenger traffic by 9% and 8.3% annually, on average.

While in the lists of the highest flow of passengers in the first half of the year, JetBlue, with 1.4 million passengers, is followed by American, which is ranked second with 796,460 traffic; followed by Delta in third place with 787,979; continuing with Air Transat and United with 456,206 and 523, 546, respectively. 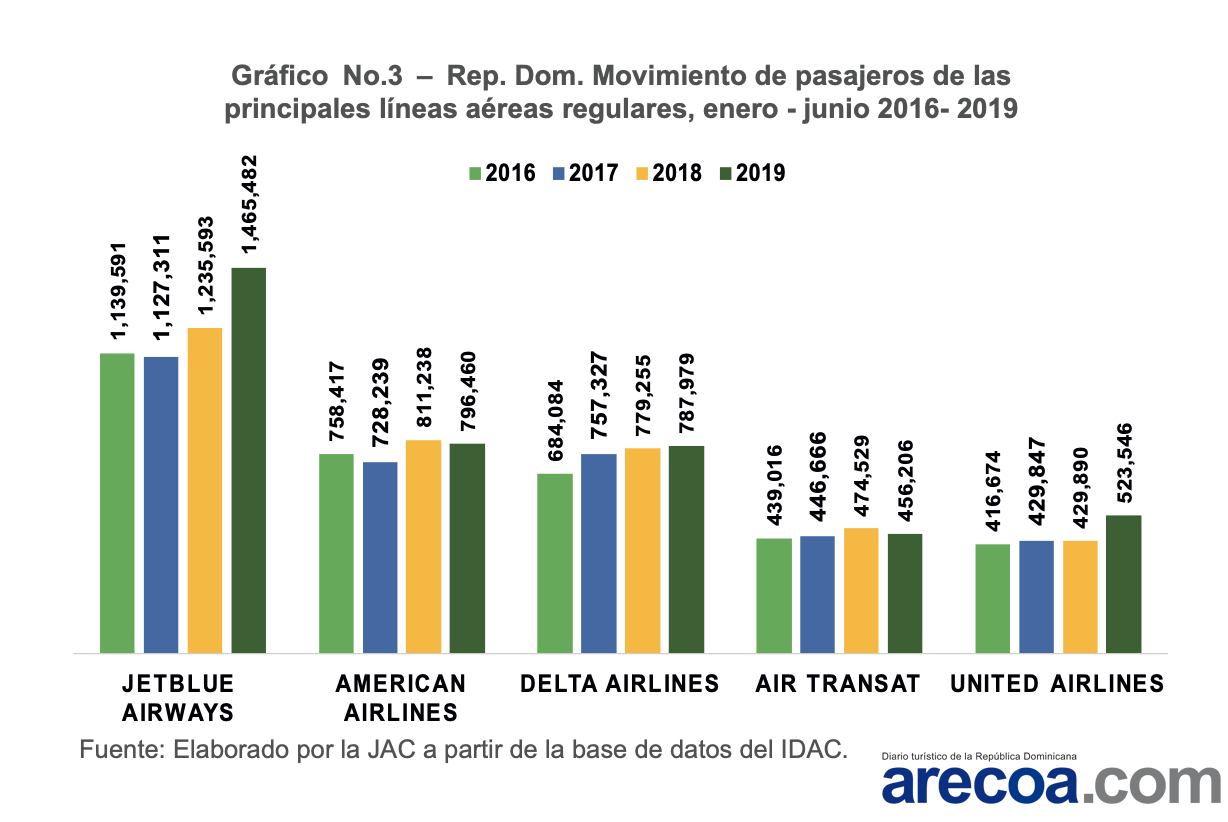 As for the passenger traffic volumes by airlines, according to the statistical report presented by the Civil Aviation Board ( JAC ) from the database of the Civil Aviation Institute ( IDAC ). The airlines that have registered the highest passenger traffic in the first half of the year 2019 are listed, reflecting that six of the ten airlines are of US nationality, JetBlue Airways being the most active.

In addition, three airlines of Canadian nationality are in this top 10 where Air Transat is distinguished as the most active, carrying more than 450 thousand passengers.