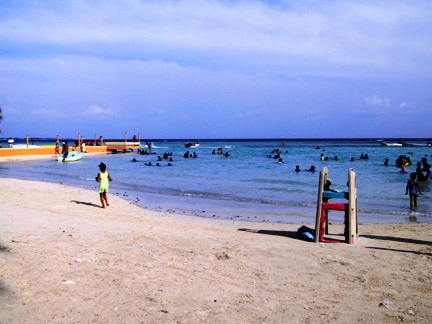 Santo Domingo.- The iconic Boca Chica beach began its unstoppable overhaul with the demolition of the old shacks that occupied most of the beach and recovery of the surroundings, to be replaced by modern businesses in the “Plaza del Pescado,” built by the Tourism Ministry.

The vendors themselves dismantle the shacks at the popular beach, in agreement with the authorities that have led the process over four years ago.

“Boca Chica begins to regain its splendor. The smell of fried fish and shellfish is the little that remains of the old premises built of inappropriate materials for that tourist area,” Diario Libre reports.