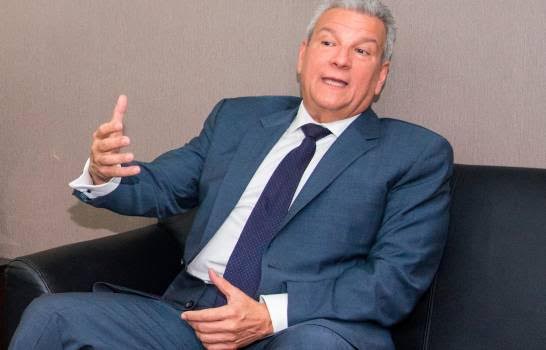 According to the director of the Presidential Cabinet of Luis Abinader, Lisandro Macarrulla, the government plan of the Perremeist candidate in the tourism sector, will enable the generation of more than 10 billion dollars annually, thanks to the dynamization of the economy that will generate the diversification of the tourist offer, the construction of some 25 thousand new hotel rooms and the creation of 100 thousand new direct jobs in a period of 4 years.

The businessman made this statement during his participation in the Matinal Focus program, broadcast this Friday by CDN, in which the journalist Nelson Rodríguez questioned him about the recent presentation made by Luis Abinader, of his government proposal for the tourism sector.

“The new management models proposed by the presidential candidate, among which public-private alliances stand out, guarantee in advance the success of future investments in the sector, while allowing the unmanageable levels of indebtedness and the risk that this entails, to start that way, to clean up the Dominican economy,” said Macarrulla.

The fundamental objective of Abinader’s tourism proposal is, according to the former president of the National Council of Private Enterprise, Conep, “to optimize the exploitation of the country’s resources to continue strengthening the tourism sector, creating options that we believe are going to make much more efficient in the use of these resources, always taking care of their impact on the environment.”

In the same way, Macarrulla highlighted the interest that Abinader and the entire team that accompanies him have, in diversifying the country’s tourism offers, to make the Dominican Republic a much more complete destination, which does not depend exclusively on sun and beach, but to which options are added as theme parks of great international prestige, and other investments and projects, adapted to the different regions of the country.

He reiterated that the tourism sector proposal is only the first of the government sector proposals presented by the candidate Luis Abinader, to which the transport, housing, citizen security, among others sectors will soon be added.