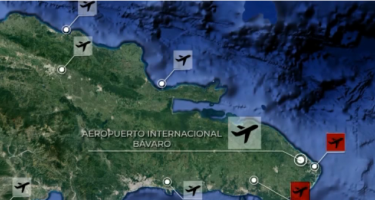 Three Spanish companies are linked to the ambitious initiative

Looking to compete with the Punta Cana terminal

A business group headed by Abrisa, a company headed by Abraham Hazoury, proposes the construction of a Bavaro airport in Higüey, despite its complicated viability before the overwhelming leadership of Punta Cana Airport, owned by the Puntacana Group, which is chaired by Frank Rainieri.

The initial investment for this project would be 200 million dollars, and other companies would be linked, such as Eurocontrol, an engineering firm based in Madrid, in addition to the Spanish company Leadin Aviation Consulting, and the firm EFEBE Arquitectura, based in Madrid, as published by acento.com.

The new project has already received the approval of the Airport Commission, through resolution No. 6796, dated January 23, 2020. The session of the Airport Commission that approved the project was attended, on behalf of the managers, Abraham Hazoury, president of the Abrisa Group, Cruz Apestegui, representative of the Bavaro International Airport, Víctor Losada, representative of Leadin Aviation Consulting, and Rafael Gómez Cobo, representing Eurocontrol.