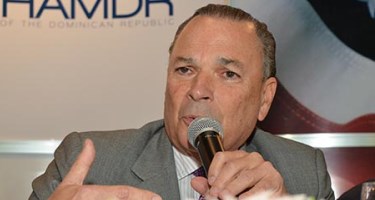 “THE ELECTIONS HAVE ALREADY BEEN CALLED WHICH RESTORES CALM,” HE SAID.

The president of the Punta Cana Group, Frank Rainieri, said that the political crisis generated after the suspension of the electoral elections has raised some concern in tour operators, however, said there is no fear that this could lead to a decline in the tourism sector.

Rainieri, when participating in the American Chamber of Commerce Lunch ( AmchamDR ), said that “without a doubt some worry and questions (…) but when one explains and they see that the elections for the 15th day of March and everything is going automatically calm returns.”

The businessman valued the civic attitude of the population and political parties, said that in a similar event in any other country in Latin America is that the streets overflow and nothing like that has happened here.

“I think it is a message of confidence in the country given the degree of democracy that we have that has allowed a situation that nobody likes, very upsetting, is fairly outrageous and yet has been handled by the people in a civilized way in a way according to what a democracy is, respect and calm,” Rainieri noted.

The executive of the Punta Cana Group urged the population to maintain that attitude of prudence, calm and respect, without losing their right to demand that the Central Electoral Board fulfill its obligation as soon as possible.

As a message for tourists, Rainieri said that “there are no more beautiful beaches like those in the Dominican Republic, no more affectionate and friendly people and we are precisely demonstrating that we are a town of peace and fellowship where they can come quietly.”