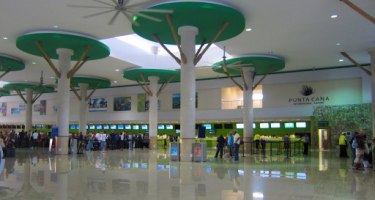 The Dominican airport is empty but open

TO ATTEND ANY EMERGENCY THAT ARISES

“It is a cost to keep it open without operation,” recognizes Rainieri

The Punta Cana International Airport, the main tourist terminal in the country, must be kept open, (although its terminal B is closed) in case of an emergency landing or departure of a flight, according to the president of Grupo Puntacana, Frank Rainieri.

“We must keep it operating, which is a cost, but we have to keep it open with all the operating units such as fuel dispatch, rescue teams, control tower, migration, customs, among others. Naturally, the staff has been reduced to a minimum, but it must be kept open,” he said.

The leader of the tourism sector maintained that the ravages that the COVID-19 pandemic is currently causing in the national tourism industry and around the world, keep the activity of that sector inactive, according to Diario Libre.

“The tourist industry in the area is not generating a penny of income in the area. At the moment we are totally paralyzed, because we are not a factory that can work eight hours, since the raw material is the tourist and there are no flights, therefore, we do not have any type of income, and in our particular case we will not see income in April or May,” he stressed.

However, Rainieri recalled that this is not the first crisis the sector is going through, after recalling episodes that affected this industry such as the execution of Trujillo, the 1965 Revolution, Hurricanes David (1979) and Georges (1998), the Persian Gulf War, as well as the attack on the Twin Towers in New York and the 2008 financial crisis, among others.