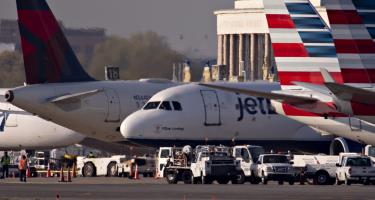 The United States airlines that lead the flow of passengers between that North American nation and the Dominican Republic, such as JetBlue, American, Delta, and United, estimate to resume their flights to the Dominican market as soon as the end of May and the beginning of June.

JetBlue, according to its flight search engine, estimates the restart of its operations on the New York-Santo Domingo route by May 29. On its New York-Santiago connection, its main destination in 2019, the company is planning the first flight on June 8.

Delta Air Lines is scheduled to restart operations on Tuesday, June 2, on its connection from New York to Santo Domingo and the same date for its route from the “Big Apple” airport to the Cibao terminal, according to Diario Libre.

Meanwhile, United estimates the return to service of its New York-Santo Domingo route for May 30, while by June 4 it would be starting to connect the US city with the Santiago airport.

Of the 14,429,906 passengers that entered and left the country in 2019, these four airlines were responsible for transporting 6,610,568 travelers between the United States and the Dominican Republic, according to JAC figures.

It is recalled that on March 19, President Danilo Medina ordered by decree the closure of air borders, as a mechanism to prevent the spread of COVID-19.