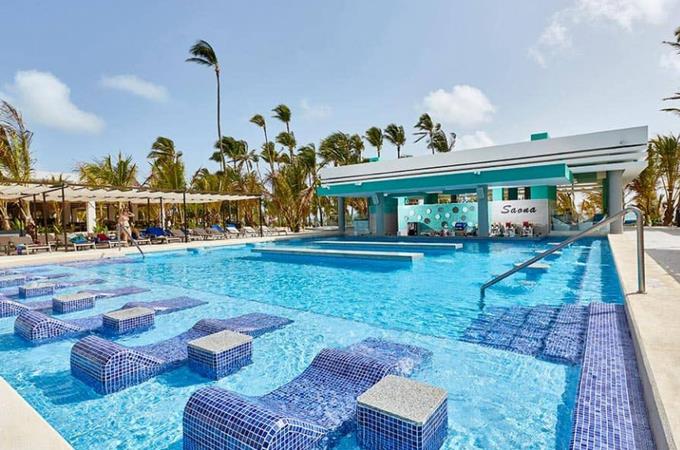 The Puntacana Group, the largest tourism company in the Dominican Republic, asked this Tuesday for speed and certainty in the reopening of the sector in this country, warning that other Caribbean destinations are ahead.

In a telematic press conference, the president of the Puntacana Group, Frank Rainieri, asked the Government to “reconfirm” the date on which flights to the country will be allowed, if it intends to reopen the hotels in early July and to establish “Stringent protocols, but that can be followed, that are viable.”

“I told the President of the Republic (Danilo Medina) two weeks ago: I do not want to press, but to define whether it will open or not, what we cannot be in is in limbo,” Rainieri said during the conference. conference held by the Dominican Association of Tourist Press (Adompretur).

According to the executive, the airlines confirmed 800 flights to Punta Cana for July, “but as security has not been given” on the date of the reopening of the airports, “60 flights fell through.”

The Dominican Institute of Civil Aviation (IDAC) clarified this Monday that the reopening of the airports is scheduled for July 1.

Rainieri, an entrepreneur who opened the first hotels in Punta Cana in the early 1970s, warned that the hotel chains present in the Dominican Republic “are the same as those that have hotels in nearby destinations and that are in competition.”

The manager warned that if the reopening does not occur “for real” on July 1, the industry will not recover until the end of the year, due to competition from other destinations and also due to the hurricane season, which is going from August to November.

“If we are the last to get on the train, it is possible that the train has gone … Our competition has already opened or has set an opening date, with very clear protocols on the tourism industry,” he added.

Rainieri assured that the tourism sector is going to present a series of proposals to the Government to relaunch the industry quickly, which will include a reduction in rates.

The head of the Puntacana Group said he does not want to talk about a “tariff war”, but pointed out that “definitely” they are going to have to “adjust” prices.

Among other measures, he proposed a “different” promotion campaign, which is not global and is oriented towards markets that can reopen and issue tourists between now and December.

The businessman, who also owns the Punta Cana airport, calculated that between March and May this terminal has missed hosting around 600,000 tourists.

This deficit represents losses of more than 700 million dollars for the country, he said, calculating an average cost of 1,200 dollars per tourist, according to figures from the Central Bank.

The economic damage, according to Rainieri, is not limited to the tourism sector, pointing out that 15% of the country’s cement production “is absorbed by the construction of hotels and houses” in tourist areas.

The head of the Puntacana Group said that the recovery will be “gradual” and “it will take a while because there are many scared people.”

Although he insisted that he lacks “a crystal ball,” Rainieri said that normality will recover in 2021, in a process that will last at least six months.

“It will be a six-month process, gradually recovering. But we have to start. The later, the worse it will be for the industry and for the country,” he added.

The Dominican Republic registers 17,572 positive cases of the SARS-CoV-2 coronavirus with 502 deaths.