Slow reopening begins in the Caribbean as contagions drop 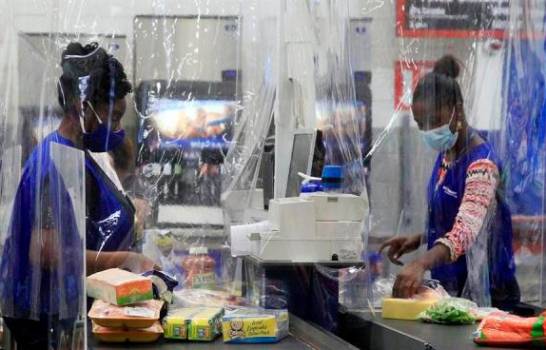 The small countries of the Caribbean region slowly begin the reopening of economic activity and the relaxation of confinement while COVID-19 cases drop, which with few exceptions has not hit the area hard, compared to other parts of the world.

The small countries of the Caribbean region slowly begin the reopening of economic activity and the relaxation of confinement while COVID-19 cases drop, which with few exceptions has not hit the area hard, compared to other parts of the world.

The Government of The Bahamas announced this Friday the closure of the facilities it had enabled for people entering the Atlantic archipelago to be quarantined, which coincides with the country’s passage to another phase of reopening its economy.

Prime Minister Hubert Minnis reported that the quarantine facilities will be deactivated this Friday on the islands of New Providence and Grand Bahama.

Minnis explained that from now on the infected people will be controlled by the Surveillance Unit of the Ministry of Health.

The Bahamas has facilitated the return of 500 Bahamians

To date, the Government has facilitated the return of nearly 500 Bahamians and residents through the Bahamasair company aircraft.

However, the prohibition to go outside between 21:00 and 05:00 local time will be maintained.

The restrictions for the enjoyment of beaches and parks will end from next day 8 in much of the archipelago, except in the islands of New Providence, Paradise Island, Grand Bahama, and Bimini, where at the moment you can only exercise in those spaces at certain times.

In addition, in churches and places of worship normalcy resumes and they will be able to open the terraces of the restaurants, while from June 15 beauty salons and hairdressers can resume operations.

Minnis recalled that his administration approved a $ 16 million program to distribute food to approximately 80,000 people.

“We will do everything in our power to make our economy move as fast as possible in the medium and long term. I am going to work day after day to restore most of our economy as quickly as possible,” added Minnis, when in the Bahamas there are 102 infected and 11 dead as of today.

Jamaica without cases in the last 24 hours

In Jamaica, the most important country among the small Caribbean territories, the Minister of Health, Christopher Tufton, reported that in the last 24 hours there have been no new cases of COVID-19, which means that the total number of confirmed cases is 591, with two of them critical, and to which must be added 10 deaths.

Meanwhile, there have been seven more recoveries that increase the figure to 368, all indicating that the situation is in a positive trend.

The health improvement is the reason that the Government has planned to resume operations within the tourism industry by June 15.

The Ministry of Tourism, however, has established a corridor that restricts the movement of visitors to the north end of the island.

Jamaica’s Tourism Minister Edmund Bartlett said the corridor is part of a five-point recovery strategy that has been established to guide the reopening of the industry.

He pointed out that the sanitary infrastructure along this section that will reopen is adequate for the management of COVID-19 in the event that a tourist shows symptoms of the virus.

In Trinidad and Tobago, with 117 infected and 8 deaths, the situation also improves as in the rest of the region’s territories.

Trinidad and Tobago will not impose a quarantine fee

Trinidad and Tobago Health Minister Terrence Deyalsingh rejected the opposition’s accusation that the government will impose a mandatory quarantine fee for COVID-19 on all citizens returning to the country, which the official rejected.

“We will continue to quarantine, without charge, citizens who return to our country,” said Deyalsingh.

In Bermuda, with 141 positive cases and 9 deaths, steps are also being taken towards a slow return to normality.

Bermuda Prime Minister David Burt announced this Friday that the Executive is studying that groups of up to 20 people can be allowed to meet in the third phase of the reopening that will shortly take effect.

Burt clarified that, however, everything will depend on the advice of the health authorities.

Barbados, with 92 infected and 7 dead, joins the countries of the region that are taking steps towards the reopening of their economy.

In Guyana, 153 cases and 12 deaths, the Department of Education informed teachers and auxiliary staff members to report to their jobs this Monday to prepare for exams in accordance with public health protocols.

The Ministry said that students who take the next exams must attend school starting June 15 and every two days thereafter as part of preparing for their exam session.