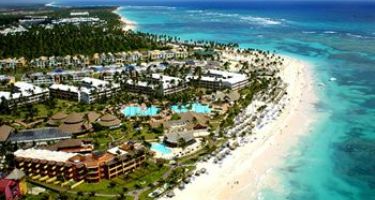 Tourism demand is expected to recover 70% by December

The executive vice president of the Association of Hotels and Tourism of the Dominican Republic ( Asonahores ), Andrés Marranzini, revealed that as of July 1, 30% of the rooms in hotels will be reactivated to receive tourists and also depending on demand will activate the re-entry of staff.

“The integration must occur from July 1, it will be a process, depending on how that demand is, the activation of those rooms. We do not see the activation of 100%. We see somewhere between 20-30 percent of rooms being activated by July. Depending on demand generated, we will assign corresponding staff.”

During the Central Interview of El Despertador of the SIN Group, the vice-president of Asonahores assured that to relaunch the tourism sector and recover the losses, after enduring more than two months without operating, they will do whatever it takes to stimulate that sector. They will make any necessary variations in prices and guarantee the health of guests due to the pandemic.

Regarding the suspended workers, 70% were affected by the COVID-19 health crisis and 20% remain in the areas of the tourist complexes for the maintenance of infrastructure and executive personnel.

Although in the initial reopening phase they expect a tourist demand of 30%, Andrés Marranzini expects that up to 70% can recover by December, but it is due to the fact that the summer months (July and August) are attended by more travelers, compared to September and October, the rate is lower due to the hurricane season.

“At the moment we are seeing that the market that would be interested in the Dominican Republic, is probably the east coast of the United States and Canada that comprise about 60 to 65 percent of our clientele, we notice a dynamic of COVID-19 that not as many long flights are available,” he said.

According to Asonahores data, the housing offer in tourist accommodation establishments in the Dominican Republic exceeds 80,000 rooms, so it will take time and hard work to supply the hotel offer available in the country.

As for restaurants, he said that these establishments have a difficult road in the country and need the support of diners who visit these service centers once they open.

“It has been very difficult during these months, firstly because they have continued to be charged for the electricity, even though the restaurants have been closed and the distributor will have to find a way, either by extending or nullifying those payments ..,” said the Asonahores executive.