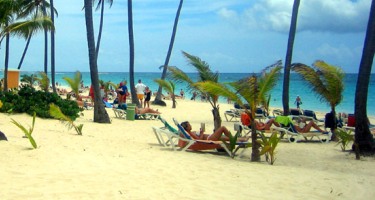 Ernesto Velóz, president of the Association of Hotels and Tourist Projects of the East ( Asoleste ) assured that the tourism segment is ready to receive tourists, “the opening of the sector will be carried out gradually with a small drop in the first months.”

He stated that most of the hotels in Bávaro-Punta Cana will be receiving visitors from the beginning of July since reservations have begun to be made at the destination both for domestic and international tourism.

Regarding the opening plan of the economy in stages, he explained that the date change from August to July is due to the fact that in that month the industry will be in the low season and in the cyclonic season, for which the CEO of Grupo Puntacana, Frank Ranieri,  decided to meet with President Danilo Medina and explain how difficult it would reopen in that month.

“We have to rigorously market the sector, by the time the skies open the first few months will be one of learning, tourism will undergo a change, hospitality as it was known will no longer exist and from now on we must be prepared for post-tourism COVID-19 ”, he added.

On the issuing markets, he explained that different surveys and consumer opinions are observed where travelers from the US and Canada have the desire to continue coming to the DR, they will be the first to react because they already know the destination and the proximity.

Velóz assured that it is a golden opportunity for all tourist destinations in the Dominican Republic and that we are in a situation of global crisis “but the tourism sector is resilient and together we will succeed.”

He also explained that for the month of December the industry will be in a slow recovery process where they expect to reach 30% in occupations, because what remains of the year will be to strengthen the sector and at the same time adapt, according to the businessman explained to the participants in the Conservatory on Reopening and Tourist Protocol of Punta Cana, organized by Melvin Mingó.