De Marchena: “The great challenge in the Dominican Republic will be to preserve tourist jobs.” 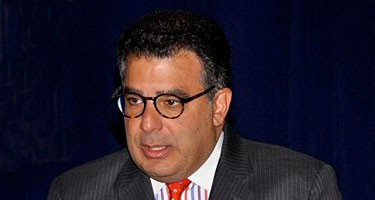 “The tourism industry worldwide represents one out of every ten jobs and in the case of the Dominican Republic, represents a little more than that average. In the DR, the impact of the entire chain of the tourism sector is close to 19% of GDP, which is why the first challenge facing the next government is to preserve those tourist jobs. ”

This was explained by the lawyer and tourism expert Enrique de Marchena Kaluche when he recently participated in a virtual interview for the “This Same Week” program, conducted by the hosts Huchi Lora and Diana Lora.

De Marchena, who participated with Simón Suárez, ex-president of Asonahores and executive of the Puntacana Group, considered that the Government adequately managed the Covid-19 crisis, both in health and economic aspects.

“The creation of the PHASE programs and the Government’s recommendations served so that although the most impacted sector, the tourism sector, could suspend workers without them ending up in the streets, and that is exactly what has been done. Nearly 200 thousand tourist jobs have been placed in the FASE program and in one way or another an attempt has been made to gratify employees in a general sense, while some companies have been able to keep their payrolls and continue to pay it,” explained De Marchena.

He said that the direct impact in terms of job losses has not been significant, what is a challenge for the next government is how to preserve those jobs. “If we are going to open on July 1, possibly with a capacity that will not go beyond 30%, how will the payroll be managed with regard to terms of suspensions, the fact of trying to avoid cancellations or eviction. There has to be a balance between the interest of the company and the employee. I definitely believe that one of the challenges will be preserving jobs.”

“So far I have not heard beyond PHASE and a possible APA review with hotels that there is no certain indication of any additional incentive. It should also be taken into account that in some tourist areas the APA (Advance Price Agreement) does not apply, and there are hotels that do not have the incentives of Law 158-01 or better known as the Confotur law, those are hotels that have a greater propensity to be economically impacted,” he said.

On his side, Simón Suárez said that capital must be injected into the entire productive structure of the tourism sector, as in the other sectors. “That is necessary because deep down we are preserving the industry and we must ensure that it does not fail. We must take advantage of all the international sources of resources that we can access, starting with the IMF and continuing with all the others, especially those that offer softer conditions.”

In his closing comment, Enrique de Marchena Kaluche highlighted the response that national and international banks and investment funds have given to the reopening of tourism in the Dominican Republic. “It has been positive and favorable, there are desires for the sector to recover its course, to support the national hotel industry through refinancing, contributions of new capital …, that is very important because this is a wheel and the important thing is that all the gears work.”