Key week: Government will decide whether to reopen Dominican tourism on July 1 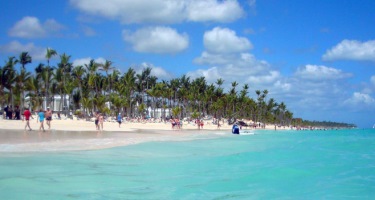 Asonahores raises urgent need to have a concrete response on reopening

Announcing the official protocol for industry operations is still pending.

The Minister of Economy, Planning, and Development, Juan Ariel Jiménez, revealed that the possibility of reopening airports and tourism on July 1 will be discussed this week “within the government.”

On May 19, the economic reactivation began, consisting of four phases. Tourism is one of the last sectors that will return to operations. When asked about whether the government is rethinking the restart of airports and hotels due to the recent spike in COVID-19 cases, the head of the economic office said that “this issue is going to be discussed this week,” according to Diario Libre.

Last week, the Minister of the Presidency, Gustavo Montalvo, said that the reopening of the airports (phase 4) remains for July 1, although the country was not going to advance to phase 3 that day due to an increase in cases. of the new coronavirus.

COVID-19 cases have increased more strongly in the last week and the positivity rate has gone from 18.29% to 19.89% in seven days. The Dominican Republic currently records 27,370 confirmed cases of the new coronavirus, an increase of 4,099 cases since June 15.

But in the hotels, they keep working on that date as a possible return to operations. The executive vice president of the Association of Hotels and Tourism ( Asonahores ), Andrés Marranzini, said that the sector requires a concrete response on the reopening of the tourism sector, but also on the publication of the hotels’ operating protocols.

In a meeting that they held with the members of the Executive Power last Wednesday, the hoteliers presented their proposals on the levels of occupancy of the facilities and the management that must exist to protect the health of workers and tourists during their vacations. But the last word is with the government, which must now publish the official sectoral protocol for hotels to work on adjustments as necessary.

Marranzini said the document was expected to be released last Friday and it did not happen. He argued that not announcing it in a timely manner would have consequences from the point of view of infrastructure and process preparations.