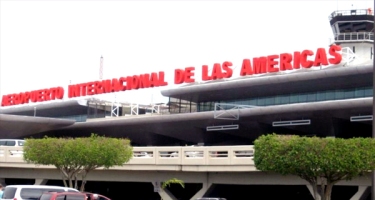 A large number of passengers arriving in the country through the José Francisco Peña Gómez Las Americas International Airport ( AILA ),  coming from the United States, Europe, and other nations, come with a certificate of PCR test indicating they are Covid- 19-free.

Dr. Rafael Tejada, in charge of Public Health Services at the airport terminal, explained that on his initiative, a large number of passengers who are arriving in the country do so with their PCR test certification, according to Listín Diario.

“It is a certified test from a laboratory where they had a PCR test against the virus and tested negative for Covid-19 before entering the country.”

He also pointed out that many Dominicans who are going abroad are also presenting the document.

Tejada pointed out that the fact that they come with their test in their hands facilitates the work of Public Health personnel on duty at airports and, at the same time, the transmission of contagion at the aircraft level.

Regarding the sanitary controls established at the airport, the doctor explained that the Ministry of Public Health has been working closely in coordination with the staff of the General Directorate of Migration and the airlines on protocol preventive measures against the virus.

He indicated that the Migration staff has the mission of detecting travelers with flu symptoms such as cough, fever, and respiratory congestion,  coming from different countries to prevent the spread of the virus.

According to the protocol, passengers who are detained suspects by the immigration authorities are sent to the Public Health department within the same terminal where epidemiological service doctors place the digital scanner to measure their body temperature and establish if they have a fever.

He explained that the measures are consistent with the pandemic level since “as it progresses to the same measures, health protocols are adjusted.”

He assured that right now, with the virus’s opening, mobility and action for epidemiological doctors are different from the previous steps.

“Any passenger who enters the Migration room with any symptoms, we intervene, we place him in isolation, and we communicate the General Directorate of Epidemiology in an early warning. We immediately act with that traveler,” he said.

The official also stressed that the entity maintains coordination with the representatives of the airlines that operate regular flights to and from the country, through the AILA terminal to request their collaboration to detect travelers who come suspects with symptoms flu.

He also explained that the medical dispensary has all the necessary instruments for the work carried out in the Las Américas terminals, such as masks, disposable gloves, and all other required materials.

He also clarified that epidemiology personnel is not only working concerning the coronavirus but also preventing the entry of other dangerous viruses into the country.