Julio Cury: Punta Cana Airport fails to comply with CESAC, which demands payment of US $ 38 million 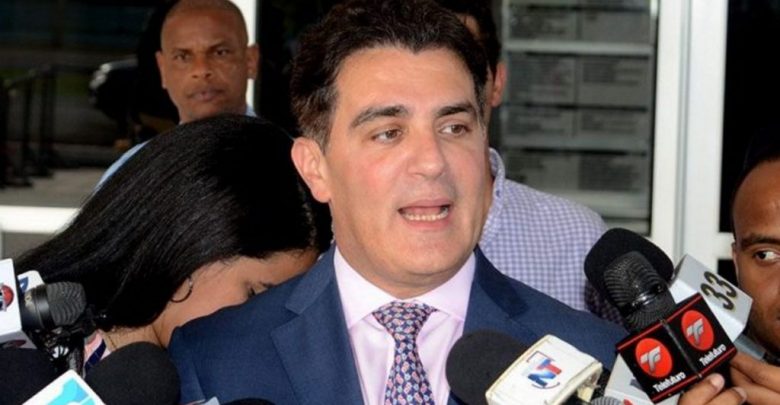 He reported that for 18 years, the Punta Cana International Airport benefited from tax exemptions since it was an aerodrome and said that it operates under monopolistic conditions.

Santo Domingo, DN.- The lawyer Julio Cury confirmed this Friday morning that the Corporación Aeroportuaria del Este -of Grupo Puntacana- has been intimidated by the Airport Commission to pay US $ 38.3 million for investments not made in security equipment derived from airport taxes that are charged freely at the air terminal.

Cury, who legally represents the members of the Commission submitted by the Puntacana Group to the Special Prosecutor for the Persecution of Administrative Corruption (PEPCA) for having issued a “no objection” to the construction of the Bávaro International Airport, spoke about the matter in The Morning Sun program.

“The East Airport Corporation had to make a series of investments at the Specialized Corps of Airport Security and Civil Aviation (CESAC) request but has not done so for years. And this resulted in the Airport Commission issuing an administrative act declaring it a debtor of CESAC,” affirmed the lawyer.

And he added: “Notice that one thing is with a guitar and another is with a violin, so you have to listen to both bells.”

The intimation to the Punta Cana Group company is the outcome of a process developed by the Commission and CESAC. Their representatives came to meet with the Legal Consultancy of the Executive Power and the Ministry of the Presidency, seeking that the private airport operator fulfilled its responsibilities.

Under Law 188-11 and its application regulation 376-16, airport operators and operators must establish in their annual budget, at the request of CESAC, an amount destined to the acquisition and maintenance of auxiliary equipment, systems, and facilities of security, equivalent to the collection of the fee of US $ 1.25 for incoming and outgoing passengers, provided for in decree 202-03.

Act number 457 of August 10, delivered at the Corporación Aeroportuaria del Este, on Abraham Lincoln Avenue in Santo Domingo, indicates that after several efforts in search of compliance with airport security investment regulations, the Airport Commission will appeal to the compulsory collection of values, declaring the Punta Cana Airport, owned by Frank Rainieri, as a debtor of CESAC.

The jurist, interviewed by journalists Julio Martínez Pozo, María Elena Núñez and Euri Cabral, also reported that for 18 years the Punta Cana International Airport benefited from tax exemptions -since it was an aerodrome-, for which he cannot contest that the Bávaro International Airport is treated with the same conditions.

He assured that the State’s contract would sign with the Abrisa Group, promoter of the Bavaro International Airport, would be under the same conditions in which the agreements were signed with all the air terminals in tourist poles.

Julio Cury announced that he would go to the PEPCA to present a defense brief for the Airport Commission’s nine members. All they have done has been to exercise the powers that the law assigns them, granting a “no objection” to a new airport that would come to compete with that of Punta Cana, which operates under monopolistic conditions.