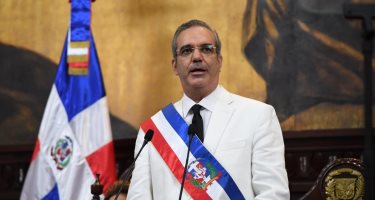 THE NEW PRESIDENT WILL PRESENT A PLAN TO RELAUNCH TOURISM

“This is the time to invest in the DR,” he said at his inauguration.

The new constitutional president of the Dominican Republic, Luis Abinader, announced in his inauguration speech last Sunday, August 16, the Pedernales province’s tourist development, something that the previous government did on several occasions and did not come to fruition.

Abinader announced that an airport and some 3,000 hotel rooms would be built in the southern province.

As part of the economic measures that will be implemented in the tourism sector, the President announced that on Monday the 24th, he will present the Plan to relaunch Tourism to promote it and recover the influx of visitors before the pandemic.

“The magnitude of the crisis is so colossal that this new government will do whatever is necessary when it is necessary, and for as long as it takes to rescue the economy and protect people and their jobs,” he said.

He indicated that although perhaps now the private sector, national and foreign, has its legitimate reservations to start new projects given the delicate international situation, “this is the time to invest in the Dominican Republic.”