Collado: “Tourism is hit and working at minimum capacity in the Dominican Republic” 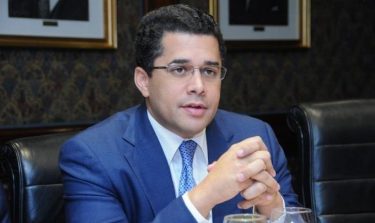 HE MENTIONED A PROJECT TO PROMOTE THE TOURISM SECTOR

The Tourism Minister,  David Collado, said that the sector he directs is “beaten and working at minimum capacity,” for which he promised to boost the country’s tourism industry.

The official wrote through his Twitter account that “tourism hit and working at minimum capacity, that is today’s reality, but we are going to reverse it.”

In this sense, in the same message, Collado mentioned a project to promote the tourism sector.

“With the launch of the Responsible Tourism Recovery Plan, we will be able, step by step, to get up and make our country one of the most visited. I think so!!!” he assured.

He also presented a report on the reduction of tourist activity in the  Dominican Republic from July 2019 to July 2020.

He indicated that there were 83-325 tourists in the country in the entry by cruise ships in 2019. However, this year, travelers’ access via cruise has been zero for a decrease of -100%.