Local tourism, a “lifeline” for hotels in the Dominican Republic 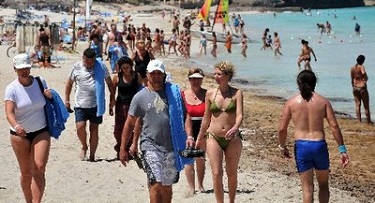 ACCORDING TO THE VICE PRESIDENT OF ASONAHORES

Local tourism is the “lifeline” through which hotel operations in Dominican territory can survive the coronavirus pandemic crisis.

This was revealed by the vice president of the Association of Hotels and Tourism of the Dominican Republic ( Asonahores ), Andrés Marranzini, who stressed that most of the occupation that the sector experiences on weekends are thanks to local tourists.

He acknowledged the low hotel occupancy, indicating that the property with the highest influx of visitors on the weekend is 35%, with a “very high” composition of Dominican tourists.

Regarding the reason for the closure of some hotels, the Asonahores executive assured that the reason does not have to do with “lack of movement” but because of adjustments that respond to the opening program and slightly more complex issues, such as the prosecutor, fee costs, and other situations.

“The adjustments from the sanitary point of view make them change, that does not mean that they will not open. We are working for November and December. The plan of the president (Luis Abinader), what he has put forward, is the best chance of getting 400,000 accumulated tourists at the end of the year,” Marranzini declared, according to Diario Libre.