Abinader, three outings to the interior for tourism projects and job creation in Dominican Republic 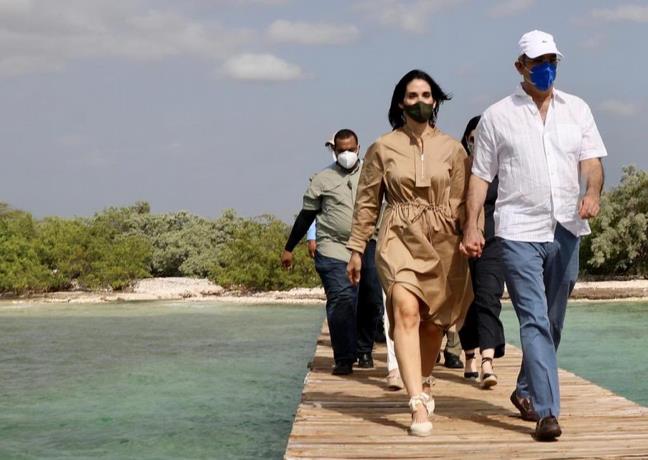 The first two trips that President Luis Abinader has made to the country’s interior, after taking office on August 16, have been to inaugurate and start tourism projects.

Today he plans to visit the Manzanillo municipality in the Monte Cristi province to launch the port development project. He seeks to develop the area, turning it into a source of employment for its inhabitants.

This is the third visit that the president has made to the country’s interior in the 20 days that he has been in charge of the government, thus exposing his interest in developing tourism projects that boost the economy and create jobs.

The president plans to talk with representatives of different sectors about the State’s plans for the area.

The visits step by step

The first visit that President Luis Abinader made was to Pedernales; the second trip was to Miches. Now it goes to Manzanillo, where its inhabitants have been waiting for the government’s helping hand to help develop their tourist and economic potential.

Last Friday, President Luis Abinader inaugurated the Miches tourist pier, with which the attractions and complementary offers in the eastern region of the country grow.

He also gave the first pie, together with investors, to construct two hotels of the Temptation chain, the first hotel offer of Original Group outside of Mexico, and an estimated investment of more than $120 million.

They will generate approximately one thousand direct jobs among residents of the municipality of Miches when they are in operation.

As for the tourist pier, the work has a cost of more than 52 million pesos and will be used to embark and disembarkation of boats and catamarans, which constitutes a proposal for the tourist development this community required.

The pier is made of wood, with concrete piles jacketed in PVC molds at four meters.

The work will allow the planned and sustainable exploitation of the area’s marine-coastal resources through excursions organized by authorized tourist providers.

Luis Abinader visited Pedernales to scrutinize and study its qualities to develop said province as the next mecca of tourism in the Dominican Republic.

There he also held several meetings with businesspeople and leaders of the area. “We are already in Pedernales. We will be developing our work schedule over the weekend and enjoying the tourist potential of this province. We are committed to Pedernales’ integral and tourist development,” the president posted on his Twitter account upon arrival.