Dominican tourism magnate Rainieri: “You have to defend your health and not just think about making money” 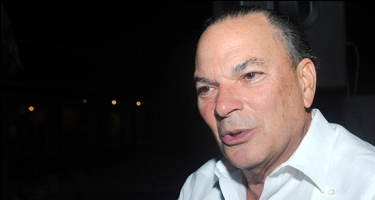 Qualifies as “positive” the unity between the public and private sectors

The president of Grupo PuntaCana, Frank Rainieri, assured that the tourism sector is focused on the relaunch of the ‘Country Brand’ as a visiting destination; reported that for now, the health of the country must be defended and that one cannot just think of “making money.”

“In this, we have to understand that we must work efficiently in combating the Covid; first health, promotion and competitive prices, price-quality of what we offer, we cannot work thinking about making money, it is time to reactivate the industry,” he indicated, according to local media.

Rainieri assured that an alliance between various sectors had been generated, which qualifies as positive for the objectives that are intended to be achieved in the short, medium, and long term.

“The most important thing is that there has been an integration between the Ministry of Tourism, Asonahores, the Presidency, and the private sector; We are working closely between the public and private sectors and making plans for the short, medium, and long term; it is essential that people can continue working and the machinery begins to move, money is not a priority, and that will come later, “he said.

Rainieri issued the statements during the inauguration of the Óscar de la Renta Pediatric Care Center in Punta Cana, an idea that he narrated began with the late designer and that today could materialize as a result of the public-private alliance.